Images have emerged in Chinese state-owned media showing at least two People’s Liberation Army Navy Air Force (PLANAF) J-15 fighters equipped with what appear to be the KD-88 air-to-surface missile and either the YJ-91 anti-radiation or YJ-91A anti-ship-missile: an indication that China has enhanced the multirole capabilities of this carrier-borne fighter. 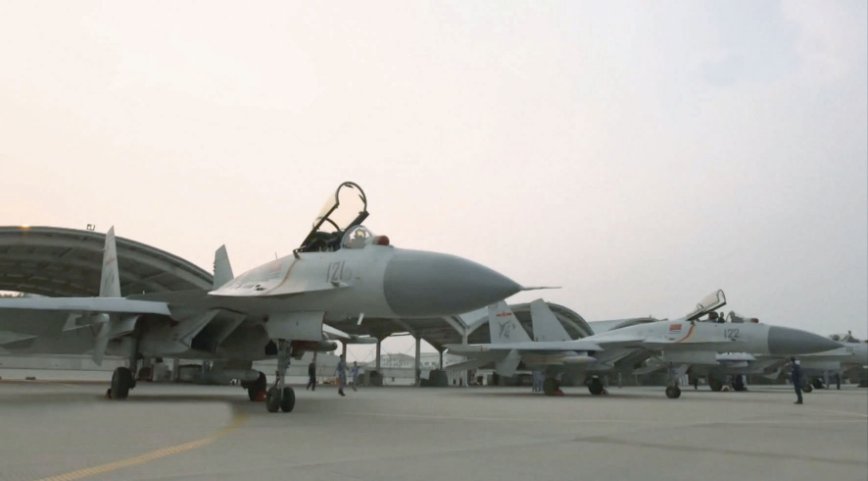 The images, which were broadcast in early November by China Central Television (CCTV), show the J-15s on the ground at the PLANAF’s Huangdicun Airbase, although it is unclear when the images were taken.

Since the J-15s shown in the image feature three-digit serial numbers – unlike the latest ones displayed during the 1 October parade in Beijing that feature two-digit serials – it is possible that the video was taken some time ago, meaning that the fighters may have been fitted with this armament several months ago.

The J-15, which has an estimated maximum weapon load of 6,500 kg, had been previously spotted fitted with the YJ-83K anti-ship missile but the CCTV report marks the first time images of the fighter armed with the KD-88 and the YJ-91 missiles have been released.

A photograph has emerged on the WeChat social media account of the Western Theatre Command of China’...