The footage, which was released in June by the China Central Television 7 (CCTV 7) channel, shows two 6×6 trucks, each of which is fitted with two countermeasures launchers mounted on the rear load tray. 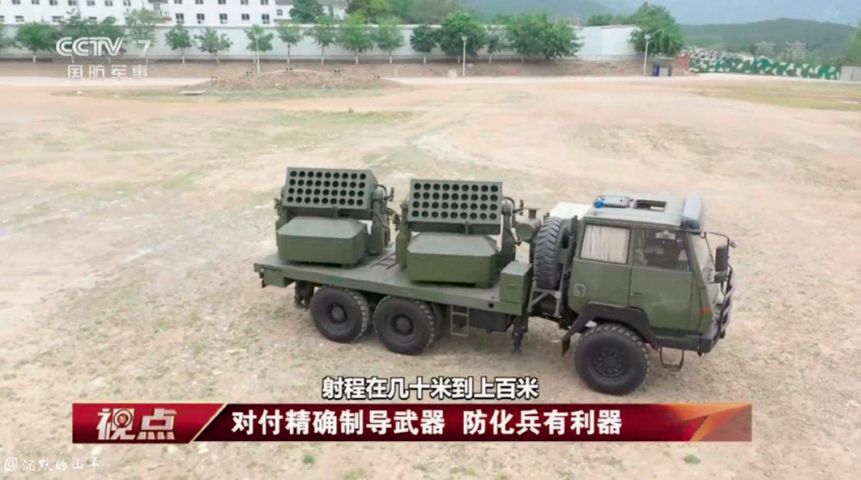 Each launcher consists of 36 launch tubes arranged in four rows of nine. The launchers, each of which fire countermeasures rockets deploying obscurants and decoys, can rotate continuously, with the CCTV-7 footage showing that they also have a high angle of elevation.

Unconfirmed Chinese online reports claim that the vehicles are allegedly designed to fire multi-spectral rockets out to a range of up to 6,000 m. These countermeasures rockets are designed to create an obscurant screen of aerosols and decoys to disrupt and degrade the efficacy of electronic reconnaissance and missile guidance systems.