A hitherto unseen image of what appears to be a new indigenously developed, medium/high-altitude long endurance (MALE/HALE)-class gas turbine powered unmanned aerial vehicle (UAV) has been circulating in Chinese social media from mid-August.

Although partially obscured by low ambient illumination, the uncredited image nevertheless offers a clear port side rear view of the air vehicle showing its key airframe design features, which strongly resembles the general appearance of the WJ-700 MALE/HALE armed reconnaissance UAV concept model unveiled by the state-owned China Aerospace Science and Industry Corporation (CASIC) at the 2018 iteration of Airshow China in Zhuhai. 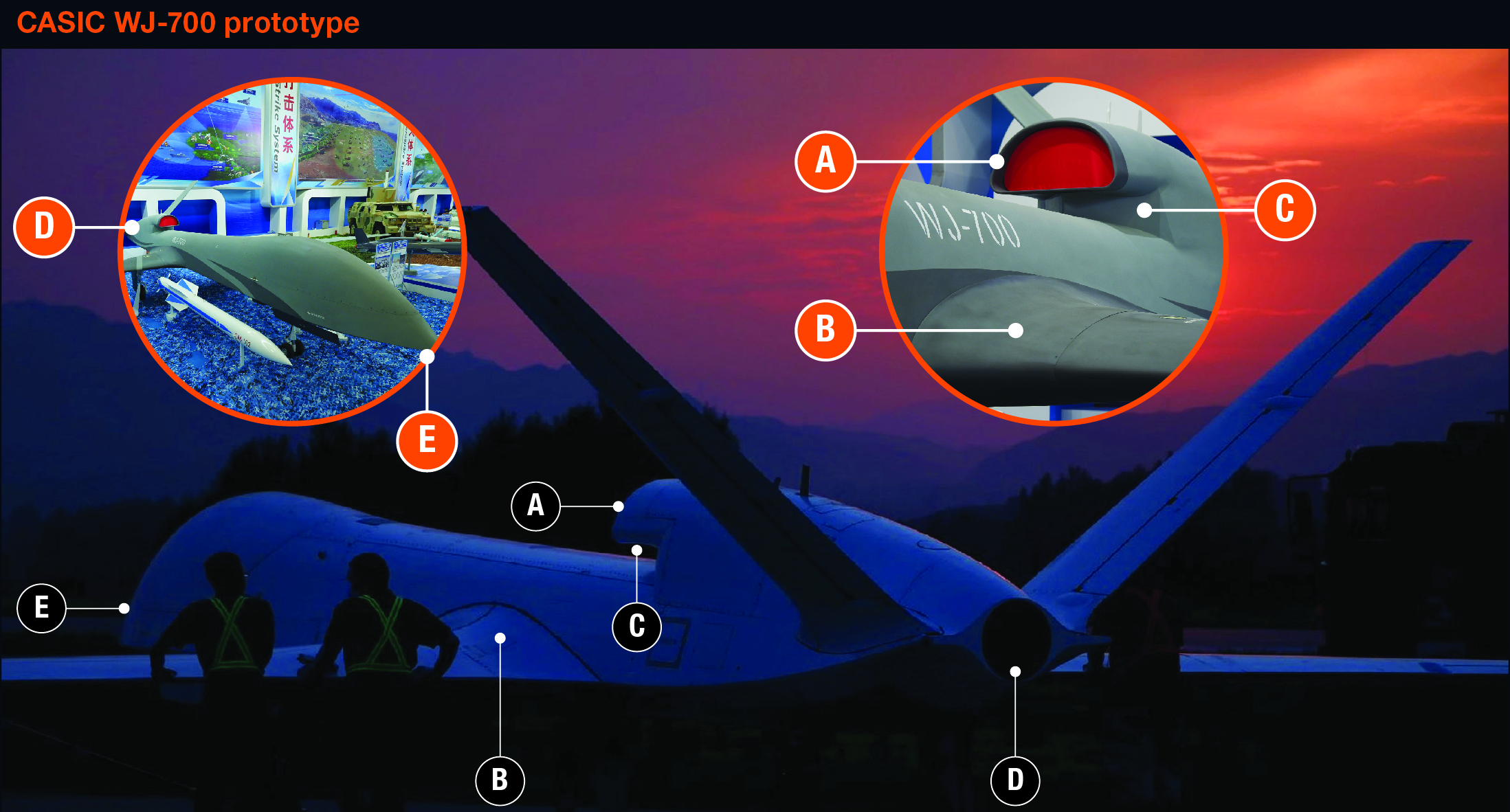 Janes earlier reported that the WJ-700 is being developed by the UAV Technology Institute attached to CASIC’s Beijing-based Third Academy – which originally specialised in the research and development (R&D) and production of cruise missiles but has since expanded its portfolio to include UAVs – and marketed by its commercial arm Hiwing General Aviation Equipment (Hiwing).

Specifications released by CASIC in 2018 stated that the turbojet-powered WJ-700 has a maximum take-off weight (MTOW) of 3,500 kg and a stated endurance of up to 20 hours.

Unlike the vehicle-launched, cruise missile-like form factor of the company’s earlier WJ-500, WJ-600, and WJ-600A/D MALE-class armed reconnaissance UAVs, the WJ-700 adopts a more conventional monoplane design with an aerodynamically streamlined fuselage measuring about 9-10 m long that supports a retractable tricycle undercarriage (with the main landing gear retracting inward and the nosewheel rearward).

A hitherto unseen image of what appears to be a new indigenously developed, medium/high-altitude lon...