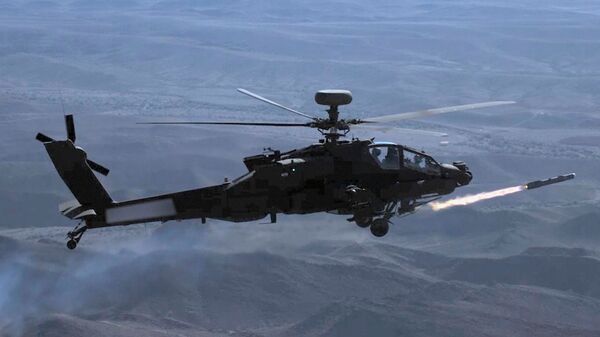 The AH-64E Apache is an option being considered by Germany, as the country weighs its future attack helicopter requirements. (Boeing)

Germany continues to weigh its future attack helicopter requirements, with a decision expected on whether to proceed with the incumbent Airbus Tiger or to procure the Boeing AH-64E Apache Guardian instead.

As one of the two original partner countries in the Tiger effort, Germany had been expected to join partner France and export customer Spain in the Mk III upgrade (also known as Standard 3) designed to take the European platform out into the 2050s.

However, the launch of the upgrade in March saw the country conspicuously absent, with the contract, signed by the Organisation for Joint Armament Cooperation (OCCAR), noting only the possibility for Germany to join the programme at a later date, should it so wish. The official omission of Germany from the Tiger Mk III programme came weeks after Janes reported that Berlin had instead expressed interest in acquiring the Apache from the US.

Speaking ahead of the Berlin Security Conference in November 2021, Michael Hostetter, vice-president, Boeing Defense, Space & Security, Germany, said that the company had responded to a request for information (RFI) on the Apache. While Hostetter was unable to divulge details of neither the RFI nor the response to it in terms of prospective aircraft numbers, contract values, or delivery timelines, he did note that the request was part of the normal German defence procurement cycle.

Germany continues to weigh its future attack helicopter requirements, with a decision expected on wh...