Israel Aerospace Industries’s (IAI’s) Elta group is preparing for large-scale production of the new Z-Mag all-terrain vehicle at its Land Division in Beersheba after the Israeli Ministry of Defense announced an initial order of nine vehicles on 22 April. 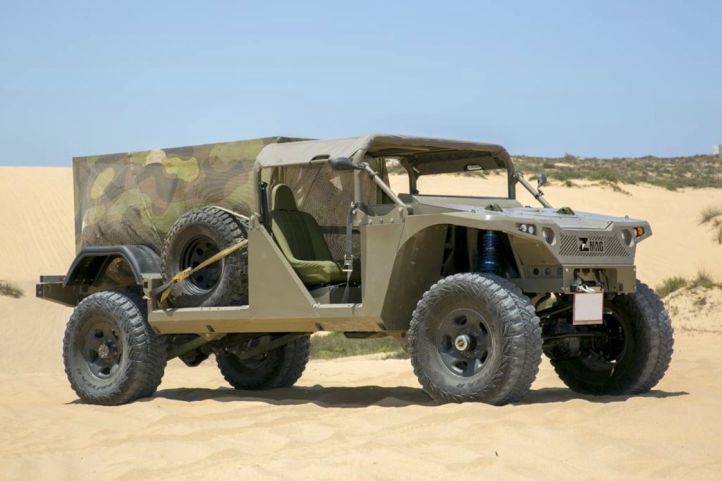 The IDF has ordered the Z-Mag, which IAI-Elta will now manufacture at a new plant in Beersheba. (Israel Aerospace Industries)

IAI and the ministry’s Production and Procurement Directorate said the contract includes an option to purchase 21 additional vehicles for the Israel Defense Forces (IDF). “Following an assessment period, the IDF will consider buying more vehicles in the coming years,” IAI said.

Yoav Turgeman, vice-president of IAI and CEO of Elta, told Janes the Z-Mag and the Zibar, another member of the Z family, have been developed to become the new standard 4×4s for the IDF, with hundreds of units expected to eventually be equipped with the vehicles.

In expectation of these orders, IAI-Elta has invested ILS100 million (USD30.8 million) toward the new production line.

Turgeman said the Z-Mag can be fitted with either a V8 petrol engine that produces 500 Nm torque or a diesel engine, can carry 14 passengers, and has “extraordinary” all-terrain capabilities. “It has a rack of almost a meter, it can take on side angles of up to 65˚, and climb a 100% ascent. One of its unique features is its ability to take on a payload as heavy as the vehicle itself: 2.5 tonnes.” This means it can also be fitted with an armour package if needed.

The Philippines Department of National Defense (DND) is set to conclude its planned procurement of t...

The Philippines Department of National Defense (DND) is set to conclude its planned procurement of t...