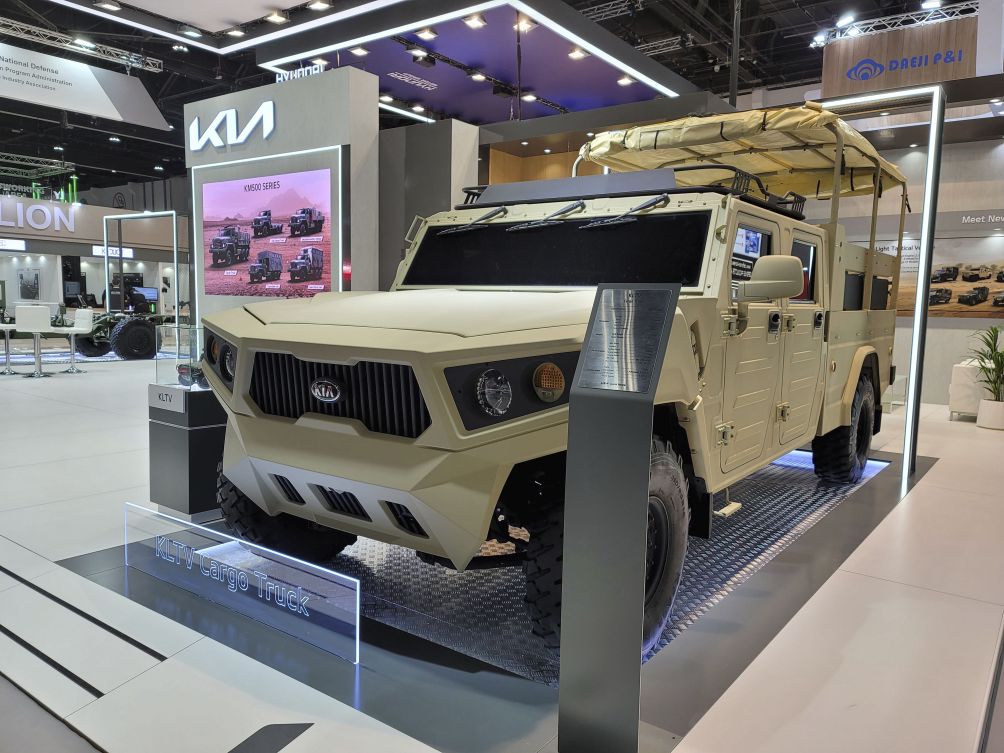 The company said in a statement that both the ‘Light Tactical Cargo Truck’ and ‘Bare Chassis’ concepts displayed at the event are based on a 4×4 modular platforms and can be used as mobile workshops, communication hubs, or to carry troops or cargo.

Referring to the Light Tactical Cargo Truck, Kia said that the four-seat vehicle, which also comes in an armoured version, has been equipped with a cargo box for transporting troops and/or equipment.

The modular chassis has enabled the company to offer both a standard and long wheelbase variant of the vehicle, with the unarmoured long wheelbase design featuring a superstructure that can be tailored to support different structures such as a cargo box, a mobile workshop, or a communications centre.

The vehicle, which is powered by a 225 hp Euro 5 diesel engine and features an 8-speed automatic transmission, can also carry 10 fully equipped soldiers and up to three tonnes of cargo in its rear compartment.

The company said that the truck, which also features air conditioning, a limited slip differential, and an electromagnetic interference system, “has been optimised for use by military forces by offering superior mobility, outstanding durability, and a high level of functionality”.