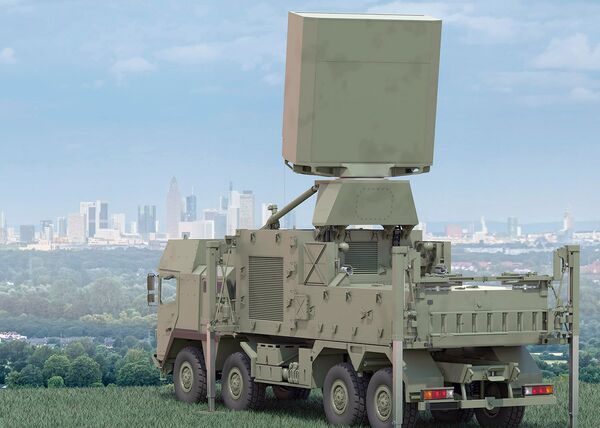 Hensoldt's TRML-4D multifunctional surveillance and target acquisition sensor system is highly mobile and can be deployed within 10 minutes. (Hensoldt)

Hensoldt is to equip the Ukrainian military with two new TRML-4D radars.

According to a company announcement on 18 January, Ukraine will receive the new active electronically scanned array (AESA) radars to strengthen its air defences.

Valued in the “two-digit million-euro range”, the company is expected to deliver the radars in the next three months.

A Hensoldt spokesperson informed Janes that the country contracted the company directly.

This latest order is entirely separate and will not contribute to the IRIS-T SLM system, instead, the radars will be “connected to various legacy systems operational in Ukraine”, the spokesperson said. They were unable to elaborate further at the time of publication.

TRML-4D is a software-defined AESA radar that utilises a gallium nitride (GaN) solid-state transmitter and operates in C-band (4–8 GHz). The system can detect close to 1,500 targets in a 250 km radius to a height of 30 km and is capable of detecting platforms with a radar cross-section of 0.01 m2. Fighter aircraft can be tracked as confirmed targets at ranges of more than 120 km and supersonic missiles from more than 60 km.

The system can also automatically trigger electronic counter-countermeasures, and allows for locally developed solutions to be integrated into the radar's operations suite.

Hensoldt is to equip the Ukrainian military with two new TRML-4D radars.