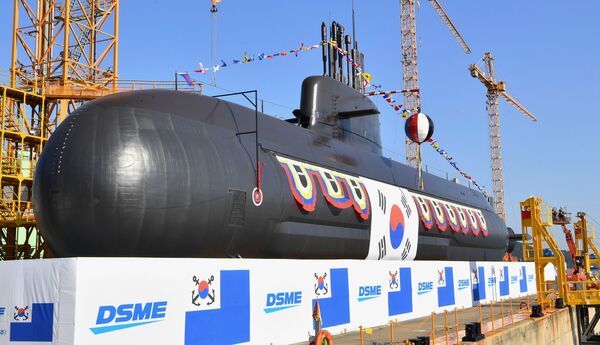 Hanwha said on 26 September that its conditional memorandum of understanding (MOU) with DSME enables the group to secure a 49.3% stake worth KRW2 trillion (USD1.4 billion).

Hanwha said a formal acquisition agreement is expected to be announced in November, with the transaction completed by the first half of 2023.

However, the agreement will only be valid if Hanwha is selected to acquire DSME ahead of any competitive bids for the shipbuilder before a 17 October deadline.

In a statement, Hanwha said that an important rationale behind the proposed acquisition is growth in the defence sector. “With this acquisition … the Hanwha Group plans to expand its integrated defence production capacity and its global export network,” Hanwha said.

Hanwha added that DSME has an order backlog of USD28.8 billion but did not specify how much was in defence.

Hanwha's proposed acquisition is announced nine months after a bid to acquire DSME by rival South Korean shipbuilder Hyundai Heavy Industries (HHI) was vetoed by the European Commission because of fears the deal would create a monopoly in the liquefied natural gas (LNG) carrier market.

South Korea's Hanwha Group has signed a preliminary agreement to acquire a controlling stake in Daew...