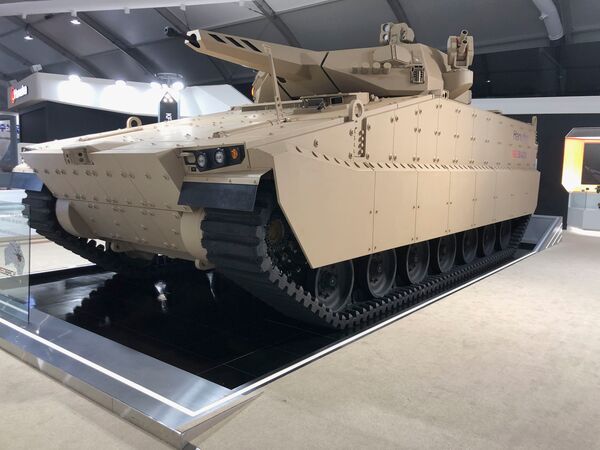 Hanwha Defense is set to deliver its Redback infantry fighting vehicle (IFV) to the Republic of Korea Army (RoKA) for trials.

Hanwha Defense said on 18 February that it will hand over the tracked combat vehicle to RoKA in April after it returns from Australia in March. The Redback IFV is one of the two final candidates for the Australian Army LAND 400 Phase 3. It underwent risk-mitigation activity tests and evaluations conducted by the Australian Defence Force from February to October 2021.

A spokesperson from Hanwha Defense confirmed to Janes that the IFV's delivery to RoKA is for evaluations to inform South Korea's Future Infantry Fighting Vehicle (FIFV) programme.

Hanwha Defense said the Redback vehicle will be delivered to an armoured cavalry unit of RoKA for two months of trials for reviewing the IFV's advanced technologies and operational capabilities. The tests will focus on the Redback's mobility, operability, and maintainability.

Mobility trials for the Redback IFV will include driving on paved and unpaved roads while testing skills such as pivoting, obstacle clearance, and night manoeuvring with situational awareness equipment.

Operability trials will include evaluation of situational awareness cameras, operations during hard braking, load space, and the ergonomics of various seating configurations. The Redback's auxiliary power unit and turret systems will also be tested. Additionally, the IFV will be assessed in various recovery situations to test its operational sustainability.

Hanwha Defense also said that the Redback IFV will demonstrate its offboard health and usage management system (HUMS), which monitors and diagnoses component faults in the early stages.

Hanwha Defense is set to deliver its Redback infantry fighting vehicle (IFV) to the Republic of Kore...