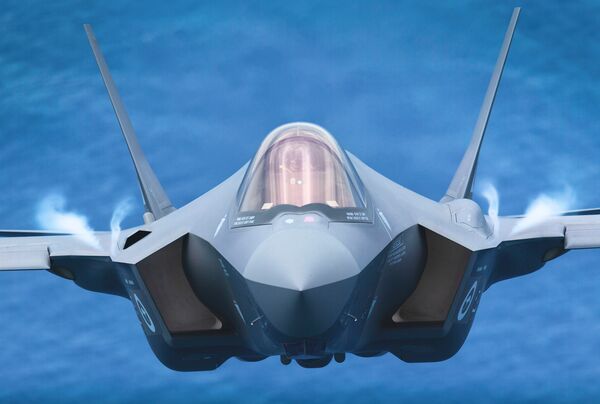 The Hellenic Air Force is set to join the international F-35 operator community, with a team from the US Air Force programme office scheduled to visit Athens in February to provide the Greek government with informational briefings on the requirements for moving forward with the programme. (Commonwealth of Australia)

Greece's plans to acquire the Lockheed Martin F-35 Lightning II Joint Strike Fighter (JSF) are set to take a step forward, with a team from the programme office scheduled to visit the country in February.

The US Ambassador to Greece, Geoffrey Pyatt, told national media in late January of the planned visit as the Hellenic Air Force (HAF) seeks to progress its plan to acquire the F-35A as part of a wider ramp-up of its combat aviation forces.

“Let me start with the most important point, which is, Greece will be part of the F-35 programme. I think that's clearly understood by the government, by the Hellenic Air Force, but also by the US government. You've heard expressions to that effect not just from me but from senior officials of the State Department,” Ambassador Pyatt said.

“We will have a team from the US Air Force, from the F-35 programme office, coming to Athens next month precisely to provide the Greek government with informational briefings on the requirements for moving forward with the F-35 programme,” he added.

In April 2019 then Minister of Defence Evangelos Apostolakis stated that Greece is considering the F-35. This was reinforced by a subsequent statement to the US House Armed Services Subcommittee by the head of the F-35 Joint Program Office (JPO) listing Greece among other potential Foreign Military Sales (FMS) customers, but no further contractual activity was reported at that time.