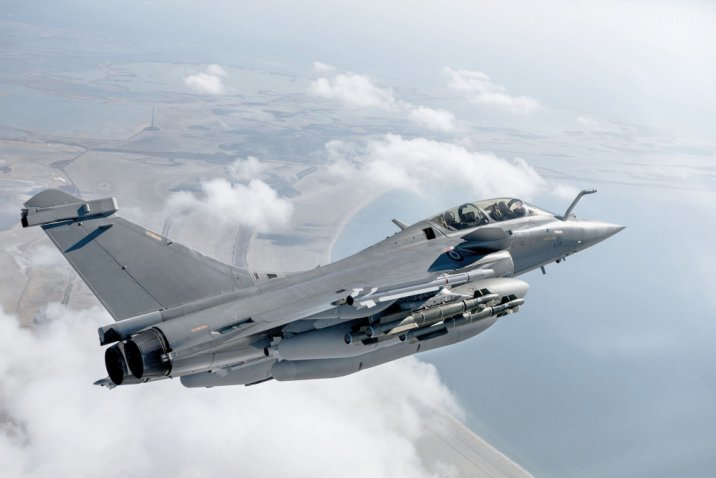 He announced that the Hellenic Air Force (HAF) will acquire a squadron of 18 Rafale fighter aircraft - six new and 12 second hand - to replace older Mirage 2000s. The aircraft will operate alongside modernised F-16Vs.

The Hellenic Navy will launch the procedure to acquire four multipurpose frigates, while the four MEKO 200HN frigates in service will be upgraded.

The armed forces’ arsenal will be improved with anti-armour weapons for the army, heavyweight torpedoes for the navy, and guided weapons for the HAF. There will also be investments in information security against cyber attack.

Mitsotakis also announced the recruitment of 15,000 professional soldiers, both men and women, and that he is considering an increase in the time conscripts serve to at least 12 months for all three armed services. National service is currently nine months for the army and 12 months for the navy and HAF.

Regarding the defence industry, Mitsotakis said, “American funds are already being invested in Elefsis Shipyards. Soon a strategic investor will take over Skaramangas Shipyards. The privatisation Hellenic Vehicle Industries (ELVO SA) is about to be concluded. Hellenic Aerospace Industries (HAI) is being reorganised to become a centre for aircraft maintenance and repairs.”