The frigate follows the first-in-class Baden-Württemberg, which entered service in June 2019. Under current plans, the two other ships of the class, Sachsen-Anhalt and Rheinland-Pfalz, will follow in 2021, TKMS said in a press release on 10 June.

The shipyard said the ships are the most modern and powerful frigates ever built in Germany, with highly complex systems and some 28,000 sensors. 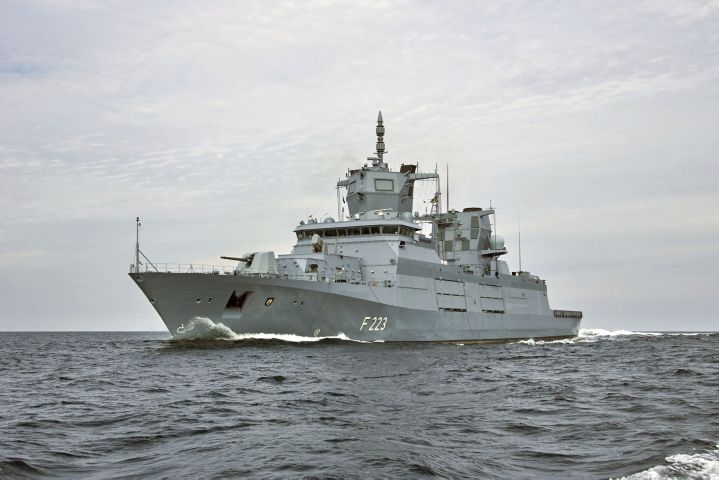 A high level of automation has enabled the F125’s crew size to be nearly halved to 126 compared with 200 for the oldest F122 frigates. Crew size, however, can be increased to up to 190, according to TKMS.

F125 frigates will employ the intensive use concept, remaining in an area of operations for up to two years, considerably reducing the number of long transit journeys, the shipyard explained.

The F125 is designed for national and NATO defence missions, international conflict prevention and crisis management, and intervention and stabilisation operations. It can engage sea, land, and aerial targets and embark anti-submarine helicopters.