The 2nd Kommandokräfte (Commando Forces) Company of Germany’s Kommando Spezialkräfte (KSK) special forces was disbanded on 1 August. The company was disbanded by KSK commander Brigadier General Markus Kreitmayr during a mustering of the troops on 30 July at Graf-Zeppelin Barracks in Calw, Baden-Württemberg, southern Germany, where the KSK is headquartered. 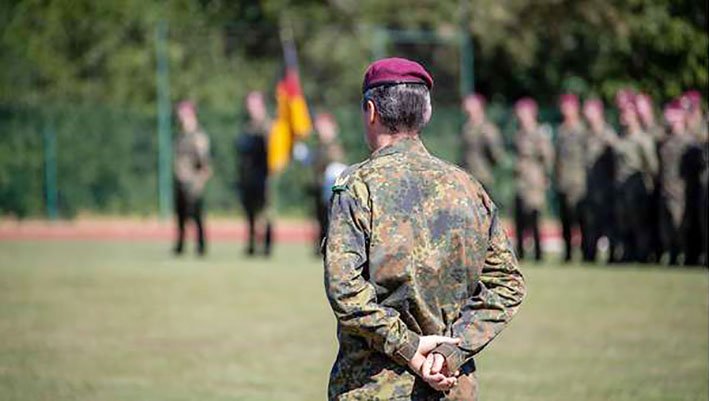 The KSK’s 2nd Kommandokräfte Company was disbanded by KSK commander Brigadier General Markus Kreitmayr during a mustering of the troops at the Graf-Zeppelin Barracks in Calw on 30 July. (Bundeswehr/KSK)

The disbandment is part of a restructuring of the KSK ordered by German Defence Minister Annegret Kramp-Karrenbauer on 1 July, citing rising right wing and anti-constitutional attitudes among its members since 2017 and 48,000 rounds of ammunition and 62 kg of explosives unaccounted for by the KSK.

KSK training and international co-operation has been halted until further notice and its deployment commitments are being taken over by other units as far as possible. KSK training will be taken over by the German Army’s Infantry School under the army’s training command. The Bundeswehr’s Centre for Leadership Development and Civic Education will oversee KSK training.

The length of time commando officers and NCOs can serve in key positions has been limited and teams will rotate among KSK companies.

Kramp-Karrenbauer and Generalinspekteur der Bundeswehr (Germany’s armed forces chief) General Eberhard Zorn have ordered a general inventory through the Division Schnelle Kräfte (DSK) rapid reaction division, to which the KSK belongs, to account for missing ammunition, explosives, and equipment and the introduction of a digital system to keep track of ammunition and explosives.