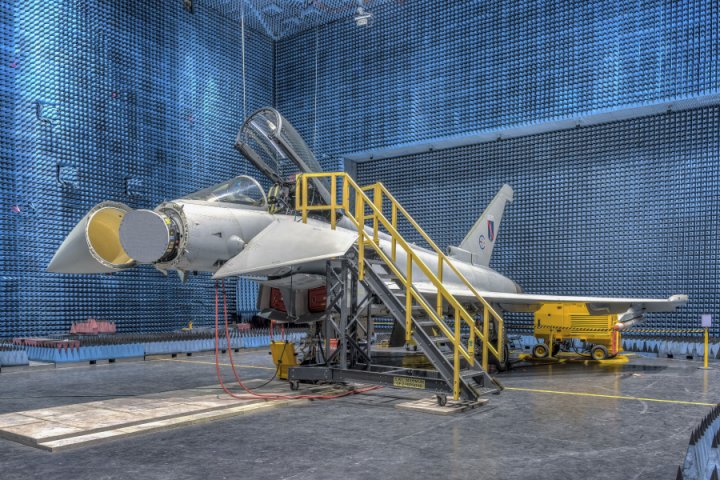 A Eurofighter with a Captor-E radar displayed in the open nose. Hensoldt will now lead an effort to upgrade the current Radar 0 into the Radar 1 for the German and Spanish air forces. (Hensoldt)

The approval by the Bundestag's Budget Committee, announced on 17 June, will see national sensor-house Hensoldt lead the effort to equip the Luftwaffe’s 79 Tranche 2 and 31 Tranche 3A Eurofighters with an updated AESA (also known as electronically scanned [E-Scan]) radar system.

With this decision, Germany is taking on a pioneering role in the field of key technology for the Eurofighter for the first time, Hensoldt CEO Thomas Müller said. “This will […] give the Bundeswehr the equipment it needs to respond to new threats. In addition, it is a signal for Europe that Germany is investing in a technology that is of crucial importance for European defence co-operation.”

Hensoldt told Janes that the Bundestag announcement authorises the Ministry of Defence to sign the respective contract with Airbus, which in turn will subcontract the radar system to Hensoldt.

The Eurofighter consortium that comprises Germany, Italy, Spain, and the UK is already developing an AESA/E-Scan radar through the Euroradar consortium. This effort, led by Leonardo UK, builds on the aircraft’s existing Captor mechanically scanned (M-Scan) radar, and is known as Captor E-Scan and/or Captor AESA (CAESAR). This baseline AESA is referred to as Radar Mk 0 (also Radar 0), and is the system slated for Kuwait and Qatar, as well as initially for Luftwaffe Tranche 2 and 3 Eurofighters also.