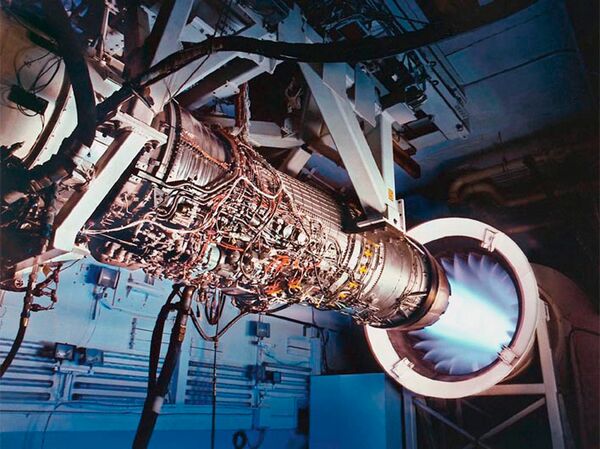 Having previously been contracted to deliver Lot 1 powerplants for the F-15EX, General Electric will now continue as the engine provider for the programme with a new Lot 2 to 8 award. (General Electric)

The US Department of Defense (DoD) announced on 29 October that it had awarded GE USD1.58 billion for Lots 2+ engine production, covering 29 F110-GE-129 engines (installs and spares), as well as seven option lots for a probable quantity of 329 total engines if all options are exercised.

Work will be performed in Cincinnati, Ohio, and San Antonio, Texas. Deliveries are expected to begin in 2023, and will be complete by 30 June 2031.

GE is the incumbent F-15EX powerplant provider, having previously been contracted to deliver Lot 1 engines through to 30 November 2022. In September 2020, the USAF announced that it was opening up Lot 2 to 8 to competition. Pratt & Whitney offered its F100-PW-229 powerplant but this was not selected.

The USAF is procuring the F-15EX to replace the oldest F-15C/D fighters in its inventory, some of which date back to 1979. With an initial eight aircraft approved in the fiscal year (FY) 2020 budget and subsequently contracted, a further 12 were requested in the FY 2021 budget. The USAF plans to purchase a total of 76 F-15EX aircraft over the five-year Future Years Defense Program. Previously disclosed future plans have called for as many as 144 aircraft, while the latest number is set at 200.

The USAF announced the launch of operational trials on 26 October, with the first aircraft due to be delivered from 2022.

The US Air Force (USAF) has contracted General Electric (GE) to continue engine production for the B...