GCAP sixth-generation jet to potentially fly by end of decade 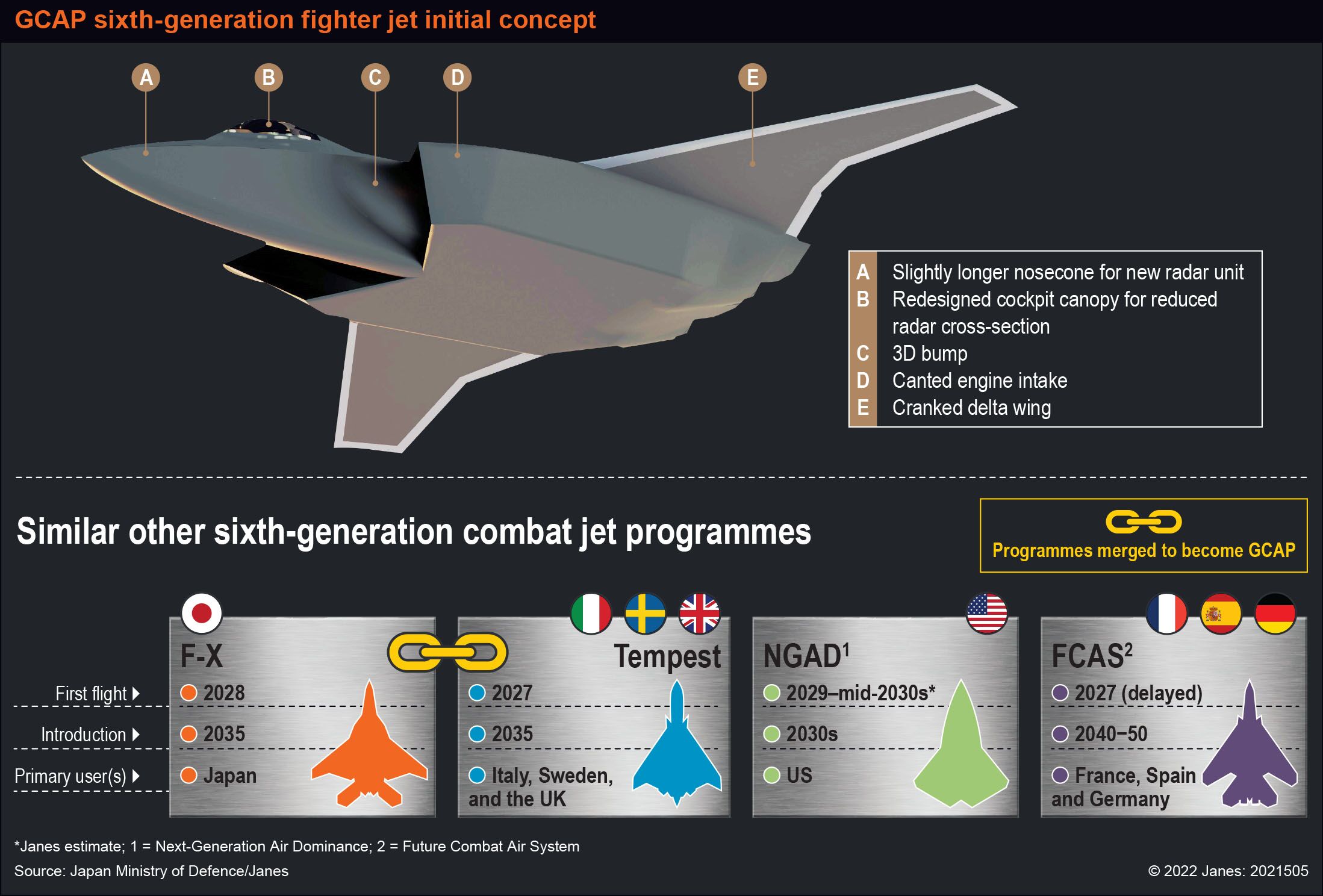 The initial concept design of the GCAP sixth-generation fighter appears to incorporate design elements from both the BAE Systems Tempest and Mitsubishi F-X fighter jet programmes. (Japan Ministry of Defense/Janes)

The new sixth-generation fighter jet being developed by the tri-nation Global Combat Air Programme (GCAP) could potentially start ground and flight-testing by the end of the decade, according to the Japan Ministry of Defense (MoD).

The UK government has described the GCAP as “an ambitious endeavour between the UK, Japan, and Italy to deliver the next generation of combat air fighter jets”. The joint programme was announced on 9 December. The ambition is to deliver the next-generation aircraft for service in 2035, according to BAE Systems.

The Japan MoD told Janes that because of this timeframe, it “plans to start [the] preliminary design of platform, engine manufacturing”, and other systems. According to the UK government, the development phase will be launched in 2024.

“While [the] three countries are still co-ordinating the details of [the] GCAP development schedule, starting the ground and flight tests around 2029 is being considered as a possible scenario,” the Japan MoD said.

The three primary contractors – Mitsubishi Heavy Industries (MHI) in Japan, BAE Systems in the UK, and Leonardo – have been designated “as ‘Lead Systems Integrators' on behalf of wider national industry in their respective countries”, BAE Systems told Janes.