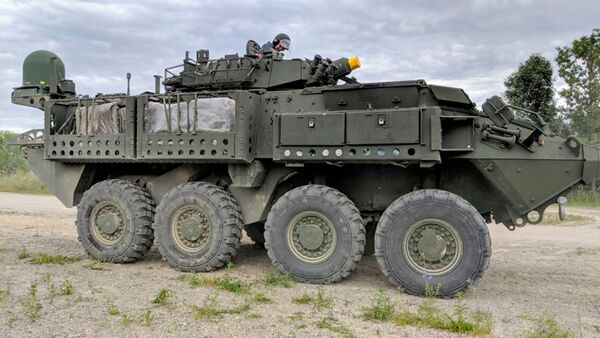 Canada is seeking equipment for its forces in Latvia and to replace arms supplied to Ukraine, Director Armament Sustainment Program Management in the Canadian Department of National Defence, Colonel Yves Raymond, said the first day of SAE Media Group's Future Armoured Vehicles Survivability 2022 conference held in London from 16 to 17 November.

He told the conference that Canada had an urgent operational requirement (UOR) for anti-tank guided weapons and counter-unmanned aircraft systems for deployment to Latvia and was seeking to replace M777 towed howitzers transferred to Ukraine. He also spoke of a UOR for a ground-based air-defence system.

Regarding the replacement of LAV 6.0 armoured vehicles, Col Raymond identified among the protection considerations NATO Standardization Agreement (STANAG) 4569 protection levels for occupants of logistic and light armoured vehicles from kinetic energy and artillery rounds, as well as from improvised explosive devices. He added that the new vehicle would be equipped with smoke launchers and feature cyber protection and mobile camouflage. He said Canada was also seeking an armour protection system, adding that it “is expensive for a small nation” and that the collateral damage it can cause was another consideration.

He expected a contract award in 2023 but said the procurement could last seven years, compared with 10–15 years for the replacement of the LAV III with the LAV 6.0.

Looking ahead, Col Raymond spoke of continuous capability sustainment, including the long-term sustainment of Canadian Leopard 2 tanks. Regarding the replacement of M777s transferred to Ukraine as well as deployed to Latvia after the Russian invasion of Ukraine, he said it could be a self-propelled howitzer with a range of 30–40 km and up to 80 km with extended-range ammunition.

Canada is seeking equipment for its forces in Latvia and to replace arms supplied to Ukraine, Direct...