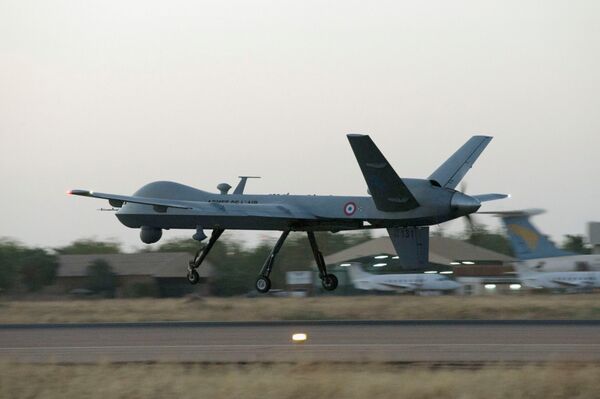 “Today, it is done, the armed Reaper Block 5 is used in operations in the Sahelo-Saharan Band,” the ministry said. “The AAE thus has a drone offering better video and radar quality, improved connectivity, as well as a more versatile weapon capacity,” it added

France currently has six Reaper Block 1 and six Reaper Block 5 UAVs, and is in the process of acquiring a further six Block 5 vehicles for a total fleet of 12 (two of these additional vehicles were contracted earlier in 2021). These Block 5 aircraft will be armed with GBU-12 Paveway precision-guided bombs and AGM-114 Hellfire air-to-surface missiles, and will also be equipped with a Foreign Military Sales (FMS)-acquired pod for electronic intelligence gathering.

As noted by the Ministére des Armées in its announcement of the first GBU-12 drop, the next milestone will validate the Reaper Block 5 to carry the GBU-49 bomb and the Hellfire missile.

As previously noted by Janes