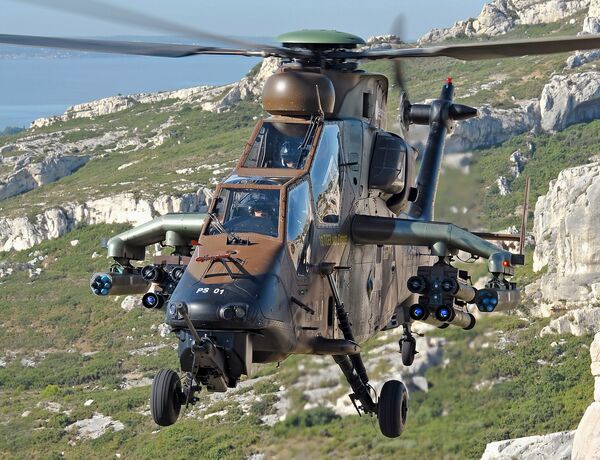 France and Spain are moving forward with the Tiger Mk III upgrade, leaving the option for Germany to join at a later date if it so chooses. (Airbus)

France and Spain have launched the Tiger Mk III upgrade, although Germany remains uncommitted as to its inclusion in the project.

Airbus Helicopters announced the milestone on 2 March, saying that the Organisation for Joint Armament Cooperation (OCCAR) signed the agreement with industry on behalf of the two participating nations

“The contract includes the upgrade of 42 aircraft for France (with the possibility to add another 25 helicopters) and 18 for Spain. In addition, the contract provides the possibility for Germany to later join the Tiger Mk III programme,” Airbus said.

The major system upgrades for the Mk III programme include improvements to the mast-mounted electro-optical system; the helmet-mounted sight system; the enhanced vision system; radios; datalinks for manned-unmanned teaming; new air-to-surface and air-to-air missiles, guns, and rockets; improved countermeasures; a new navigation system synchronised to the Galileo GPS; and an updated avionics suite that includes a new tactical data management system and a battlefield management system.

Development and upgrade work will be conducted in Airbus Helicopters facilities in Albacete, Spain; Marignane, France; and Donauwörth, Germany. The first prototype is scheduled to fly in 2025. First delivery to France will take place in late 2029, followed by a first delivery to Spain in 2030.

Airbus did not disclose a contract value, although in giving its consent to the project in December 2021 the Spanish Council of Ministers agreed EUR1.2 billion (USD1.3 billion) in financing from 2029 to 2037.

France and Spain have launched the Tiger Mk III upgrade, although Germany remains uncommitted as to ...