France has launched flight trials of the latest F4 standard of the Dassault Rafale combat aircraft, the Ministry of the Armed Forces announced on 20 May. 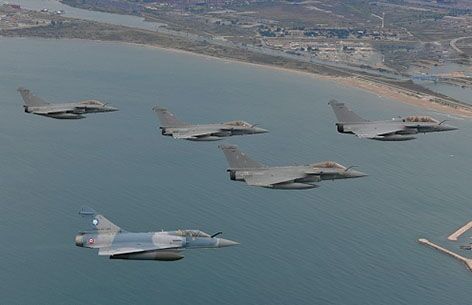 The tests of an F4-1 configured Rafale took place out of Istres airbase in southern France from 26 to 29 April. They were conducted under the stewardship of the Directorate General of Armament (DGA).

“Eight complex missions representing 50 aircraft sorties were carried out by test crews from the DGA, the French Navy, the French Air and Space Force, and Dassault Aviation,” the ministry said, adding the trials saw two Rafales configured to the F4-1 standard operate as part of a wider aerial component of up to eight aircraft, performing realistic tactical scenarios.

France has launched flight trials of the latest F4 standard of the Dassault Rafale combat aircraft, ...