The vessel’s survey equipment includes multi-beam and single-beam echo-sounders, a side-scan sonar, and a seabed sampler to recover sample material from the sea-floor and underlying sub-strata for testing and analysis purposes. The vessel’s capabilities allow for nearshore shallow water surveys in depths of up to 300 m. 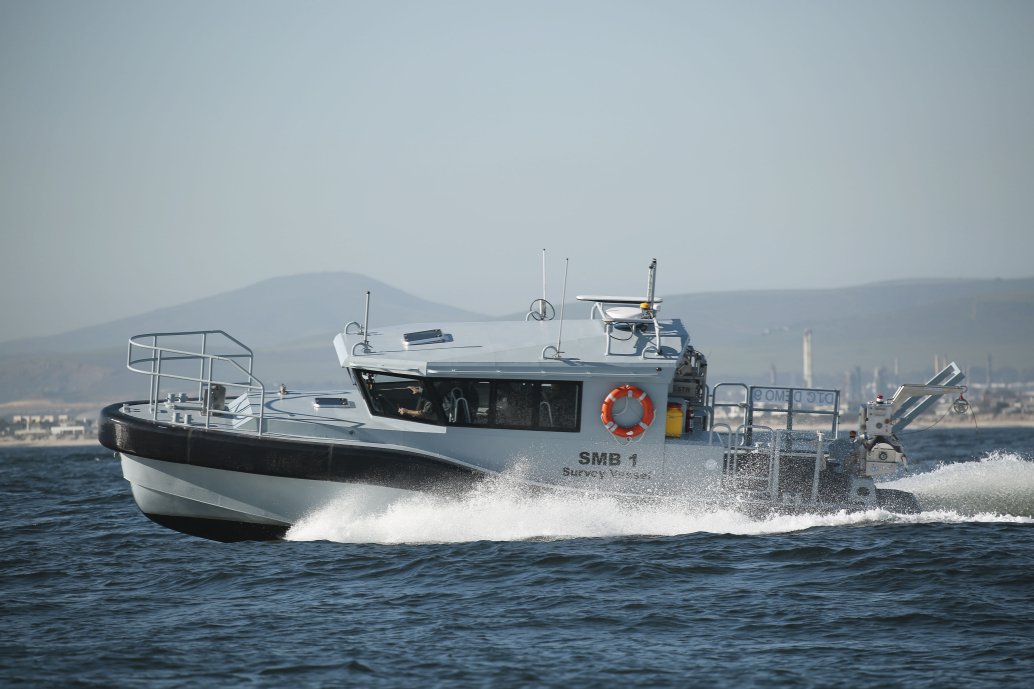 The first Survey Motor Boat for the South African Navy is now undergoing trials prior to final delivery. (Paramount Group)

The SMB will now continue standard harbour trials and sea acceptance testing before being delivered to the SAN. Details on the planned delivery date were not disclosed.

The delivery of the SMBs is part of South Africa’s efforts to revitalise its hydrographic capabilities under Project Hotel, with the current ocean-going survey ship SAS Protea being replaced by a new hydrographic survey vessel (HSV) currently being built by Sandock Austral Shipyard (formerly Southern African Shipyards). South African media reported in June, citing South African government reports, that the project was progressing well, with six out of 10 sections of the new vessel completed.