First French light reconnaissance aircraft to be operational in 2021 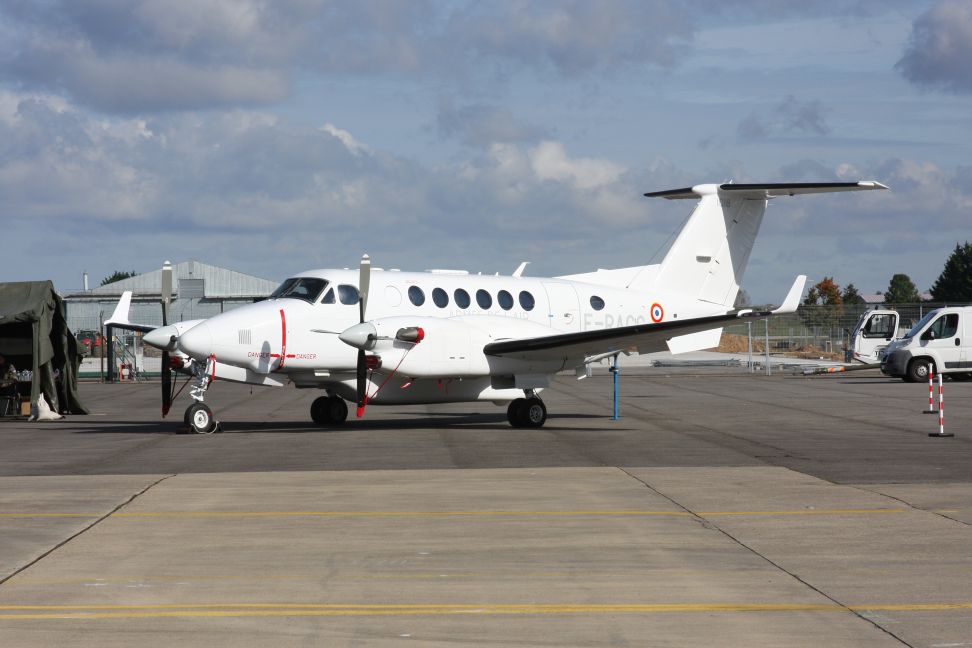 The VADOR is equipped with a forward-looking infrared (FLIR) electro-optical turret and an unspecified signals intelligence (SIGINT) payload, both placed in a cupola under the belly of the aircraft. The electromagnetic sensor is used for the interception of radio and mobile phone signals.

The FLIR is equipped with a laser designator capable of leading laser-guided weapons to a target. From 2023, a synthetic aperture radar/ground moving target indicator (SAR/GMTI) sensor will be integrated. The crew is made up of five personnel – two pilots, a tactical co-ordinator, and two sensor operators. An extra passenger can be embarked for observation. The ER version of the King Air 350 has an average endurance of five hours on station.

The VADOR is equipped with a satellite communication (satcom) system and standard and encrypted VHF radios. Thales also developed a deployable ground station designed for mission preparation, mission co-ordination, and post-mission data processing. The ground station can have live access to the data gathered in flight by the VADOR aircraft, including a live video feed.