The first Saab Gripen E for Brazil arrived in-country on 20 September, having been shipped from Norrköping in Sweden. 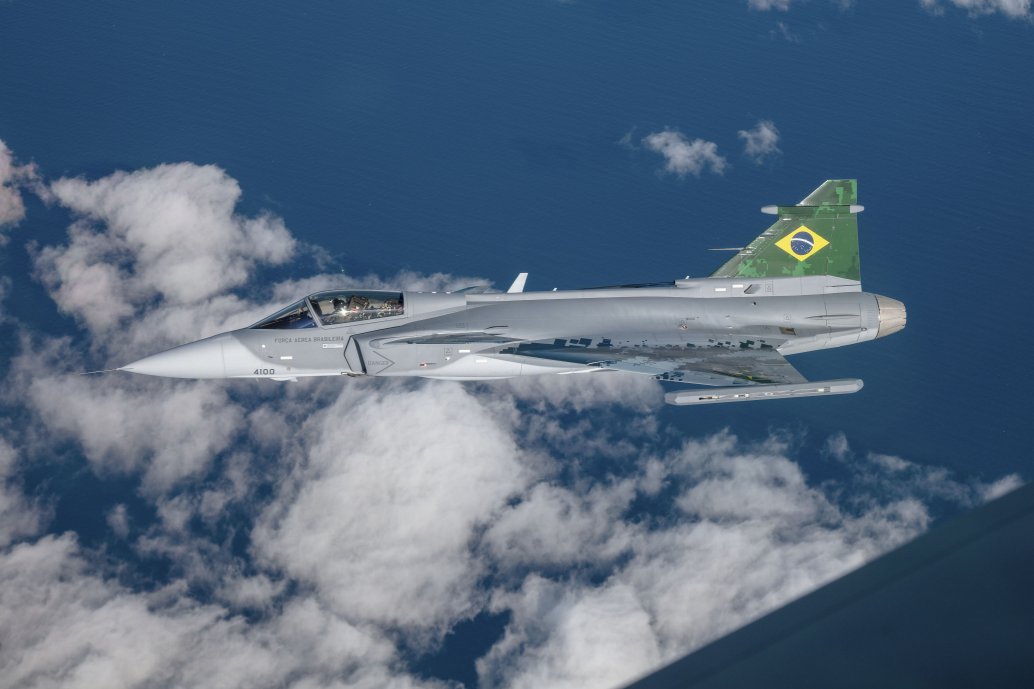 Seen during flight trials in Sweden, the first Gripen E for Brazil has now arrived in-country for further trials ahead of being officially presented to the country in October. (Saab)

As previously reported by Janes , this first Gripen E is a flight test instrumentation (FTI) aircraft (serial number FAB4100) that has been flying in Sweden since August 2019.

Now in Brazil, FAB4100 will undergo further testing at the Gripen Flight Test Center (GFTC) in Gavião Peixoto, São Paulo, before being officially presented to the country at the air force’s Aviator Day event in Brasília on 23 October.

The Brazilian Air Force (Força Aérea Brasileira: FAB) has ordered an initial batch of 28 Gripen Es and eight twin-seat Gripen Fs to be delivered through to 2024. Saab is to build 13 aircraft at its facility in Linköping, Sweden, with the remaining 23 being built in Brazil.