In the figures released by the NAOF, the authorised funds for the procurement (or procurement authority) of the aircraft, weapons, and sensors was valued at a maximum of EUR9.3 billion (USD10.4 billion), while a further EUR500 million was allocated to “other funding for the procurement”. 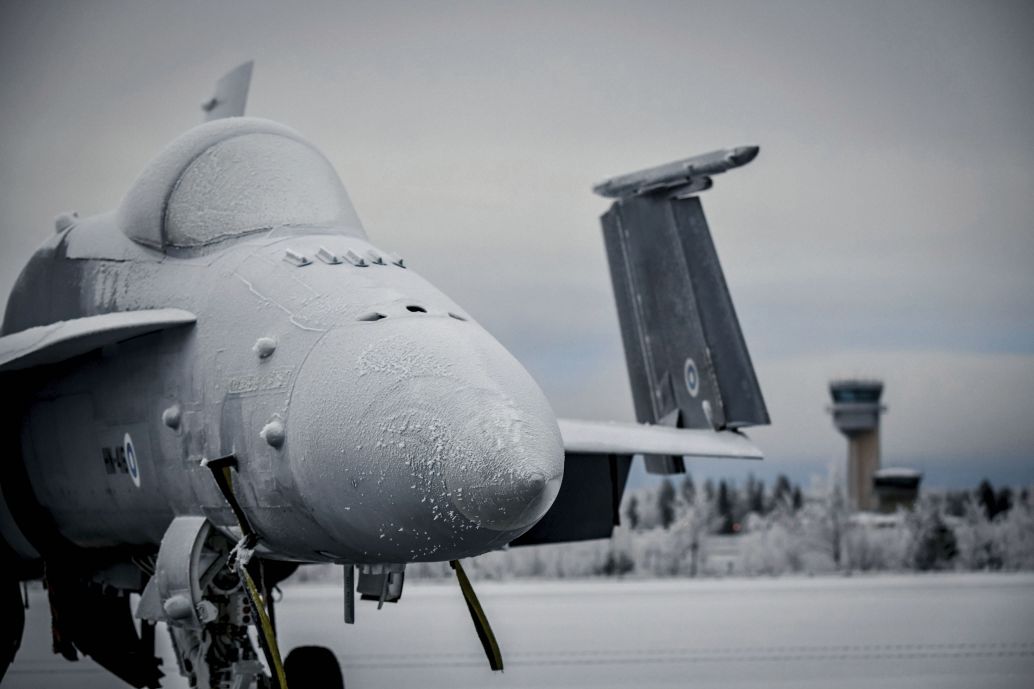 The addressable cost for replacing Finland’s legacy F/A-18C/D Hornet fleet has been reduced, according to figures from Finnish auditors. (Finnish Air Force)

A spokesperson for the HX programme office confirmed the amounts to Janes , with the EUR500 million being used to cover costs such as the integrating the new aircraft into the country’s defence system, sending pilots and technical personnel abroad for training at the early stages of acquisition and fielding, and providing a risk reserve as well as funding possible contract amendments or additions. The estimated cost of the construction of any new security-critical infrastructure will be considered respectively and for each candidate specifically, they added.

The NAOF report also confirmed that two mid-life upgrades are scheduled to take place in 2040/41 and 2050/51, with a scheduled investment of EUR1 billion each in 2020 values.

A contentious point regarding the annual spend on operations and maintenance (O&M) costs arose between the HX programme office and the NAOF. According to the NAOF report, the O&M budget that was provided by the Finnish government for the new platform would be a maximum of EUR270 million per year, 10% of annual defence expenditure. This would give the overall capability a cost of EUR20 billion in 2020 values out to 2060. 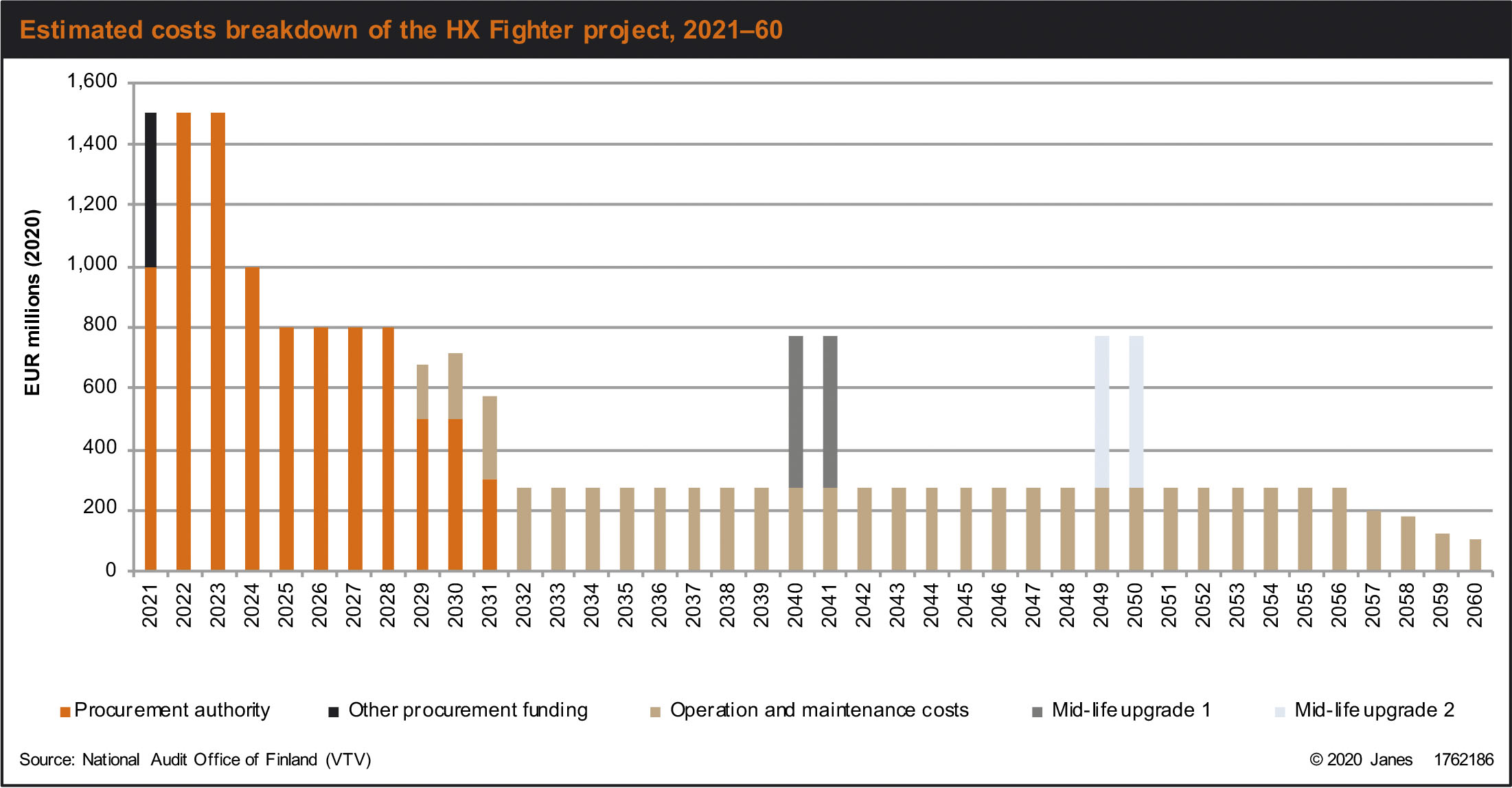 Finland formally advances bidders to next stage of fighter procurement

Finland’s Ministry of Defence (MoD) announced on 1 November that it has sent invitations to provide ...