A report by the Finnish Air Force released on 25 June has ruled out the possibility of extending the service life of the country’s fleet of Boeing F/A-18C/D Hornet fighter aircraft.

A statement released on the Finnish Ministry of Defence’s (MoD’s) HX Programme blog said that an extension would cause unreasonable risks to Finland's defence capabilities and significant negative cost effects, particularly as new weapons and systems would need to be integrated, in addition to undertaking performance upgrades on the aircraft. 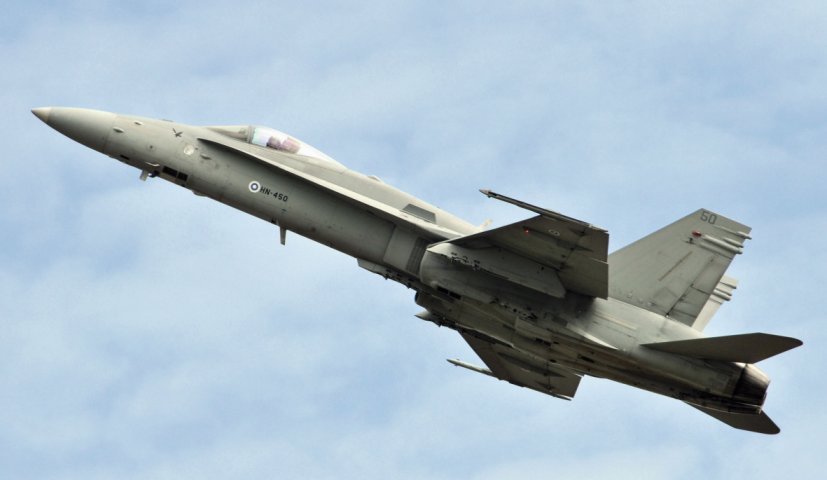 The Finnish Air Force has ruled out extending the life of its Boeing F/A-18 Hornet fleet, which would cost up to EUR2.4 billion (USD2.69 billion). (Janes/Patrick Allen)

The report examined the feasibility of a potential five-year life extension of the fleet and calculated that the overall cost would be between EUR1.8-2.4 billion (USD2.02-2.69 billion), comprising primarily of software and systems upgrades (EUR882-1,181 million) and weapons systems (EUR700-1000 million). Renewing the flight control surfaces, consumable components for the aircraft engines, and spare parts and replacement equipment would also be expected to account for at least EUR227 million.

The Finnish MoD is currently in the process of selecting a replacement for the F/A-18C/D Hornet fleet in a programme known as HX. Launched in 2015, the country is currently in negotiations to acquire either the Eurofighter Typhoon, Boeing F/A-18E/F Super Hornet, Saab Gripen, Dassault Rafale, or Lockheed Martin F-35A.

A report by the Finnish Air Force released on 25 June has ruled out the possibility of extending the...

The US Air Force (USAF) will redesign the problematic boom on the Boeing KC-46A Pegasus aerial ref...