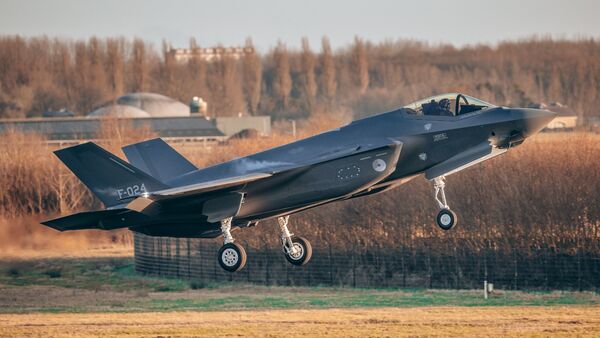 Dutch F-35As are soon to patrol the skies over Bulgaria as the Netherlands announces the deployment of two jets to NATO's Southern Air Policing mission from April to May. (RNLAF)

The Lockheed Martin F-35 Lightning II Joint Strike Fighter (JSF) is to be deployed on NATO's Southern Air Policing mission for the first time, with the Netherlands announcing on 21 January it is sending jets to Bulgaria.

The Dutch Ministry of Defence (MoD) said it is to send a pair of Royal Netherlands Air Force (RNLAF) F-35As to conduct quick reaction alert (QRA) duties out of Bulgaria during April and May.

While the F-35 has flown on NATO's air policing missions to the Baltic and Iceland, this deployment will be the first time that the ‘stealth' jet has flown on the Southern Air Policing mission that covers the Black Sea neighbours of Bulgaria and Romania.

Further to the Southern eAP being flown in response to Russian actions in Ukraine, NATO also conducts alliance air policing over Albania, the Baltic region, Iceland, North Macedonia, Slovenia, and the BENELUX nations of Belgium, the Netherlands, and Luxembourg.