Ten years after the Syrian civil war began in March 2011, President Bashar Assad has failed to unite Syria under his rule, or to return the situation in the country to its pre-war position of powerful and repressive authoritarian rule. Syria remains divided into three principal areas of control – the Damascus government, Kurdish territories, and Turkish-backed, opposition-controlled areas in the north-west and north-east – and is undermined by a variety of external powers and non-state actors that are themselves engaged in often overlapping conflicts on Syrian soil.

Despite several ongoing political and diplomatic processes to end the conflict, little progress is evident. Most significant in this regard is the Astana process, launched in January 2017, which brings together Iran and Turkey under Russian auspices. This process appears intended to sideline the United States, and to bring all fronts of the war under a single diplomatic process managed by Russia. For Moscow, this has the advantage of institutionalising its closer relations with Turkey.

Beyond this, however, the Astana process has made little substantive progress, given the strategically irreconcilable goals of Ankara and Tehran in Syria. Iran is committed to the reunification of Syria under the nominal presidency of Assad, while Turkey remains committed to the cause of Syria’s Sunni Arab anti-government fighters. Both countries maintain de facto areas of control in Syria: Turkey in the north, Iran in the south. 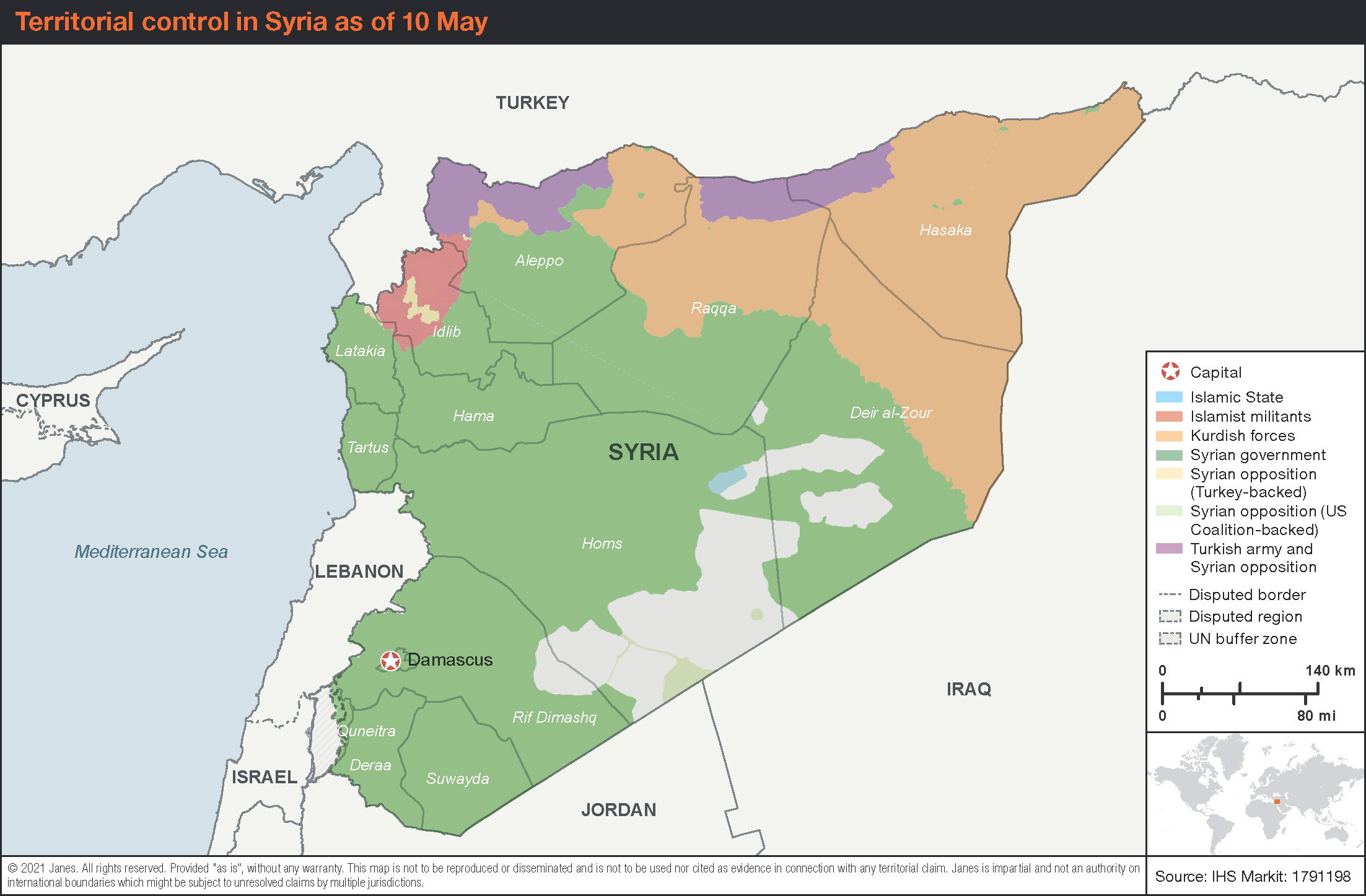