European law enforcement agency Europol’s mandate is set to substantially widen, while the organisation’s budget and human resources will grow considerably in the coming years if new proposals by the European Commission proceed as planned. New powers for the agency to analyse big data, develop new encryption tools, unilaterally request the launch of European Union-relevant investigations at national level, exchange investigative information with the private sector, and exploit stronger links to other EU entities are all part of the plan.

The expanded tasks for Europol, as well as many other measures to strengthen Europe’s security, form part of the European Commission’s new Counter-Terrorism Agenda, unveiled in Brussels on 9 December. It would amend Europol's most recent legal framework, encapsulated by EU Regulation 2016/794. 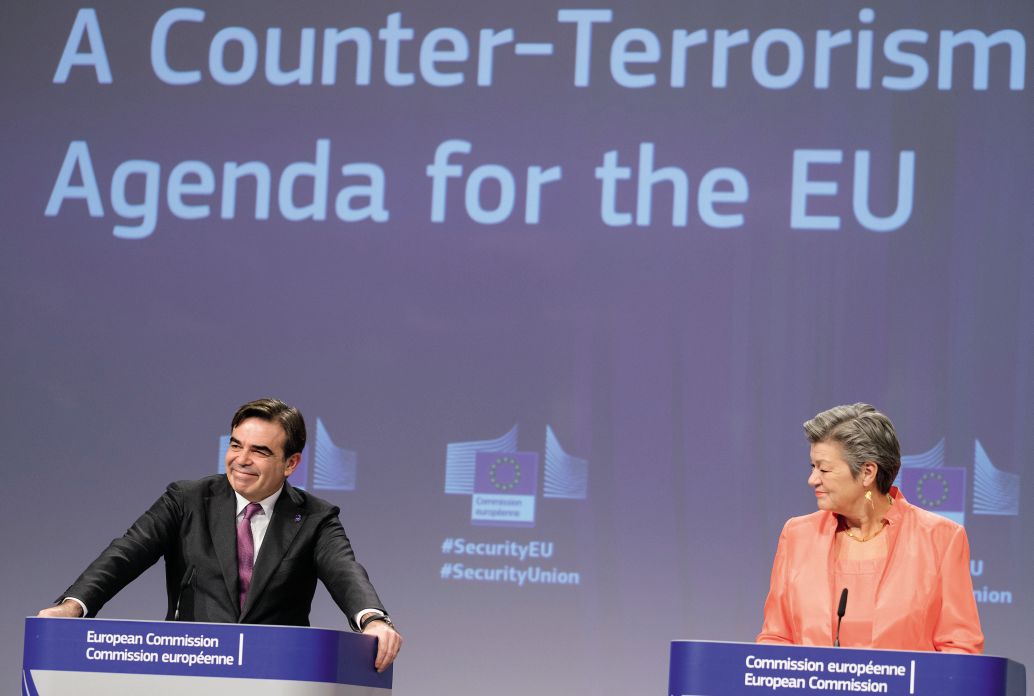 Noting that the agenda’s overall objective was “boosting experts’ ability to anticipate new threats”, European Commissioner for Home Affairs Ylva Johansson told reporters on 9 December that it would give Europol “the modern means to support EU countries in their investigations”. She said that approximately EUR180 million (USD219.6 million) would be earmarked in the EU’s 2021–27 general budget – approved by EU leaders on 10 December – to support Europol, whose payroll is expected to expand by 160 posts during the seven-year period.