European defence ministers meeting in Brussels on 6 May discussed ideas for strengthening the EU’s external security reach, topped by a debate over whether and how to create a new initial entry force for rapid deployment to partner countries in crisis. They also reviewed plans for a first-time military training mission in Mozambique. 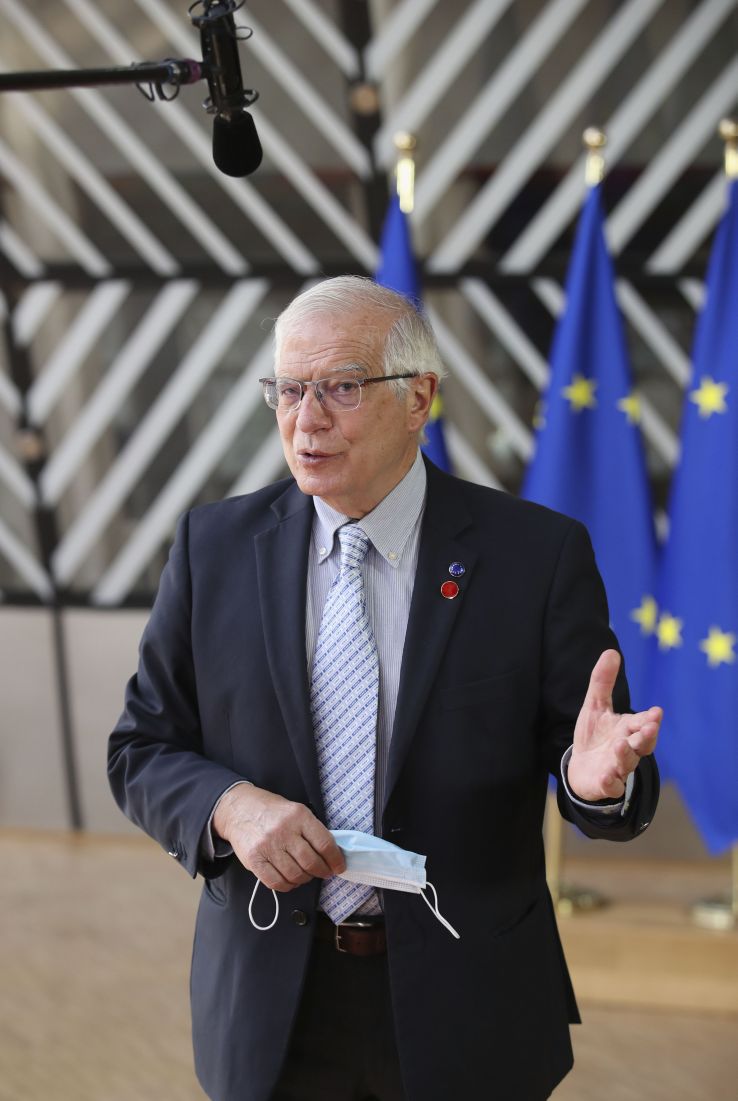 Borrell told reporters after the EU defence ministers meeting on 6 May that they had discussed an initial entry force to respond to urgent crises. (EU)

“We need to be better prepared – ready and equipped to move – when facing an urgent crisis, so the idea of an initial entry force as a first responder was widely discussed today,” EU foreign and security policy chief Josep Borrell told reporters after the meeting.

Noting that the force’s composite elements would require better planning for the EU, plus joint training and exercises, he said, “If we want to deploy in the field, we must have improved planning structures. I think we could manage to agree on the entry force by next March,” which is when the 27 EU countries are set to approve their so-called strategic compass to strengthen the EU’s security and defence posture.

The entry force proposal was included in a paper on crisis management put forward by 14 EU defence ministries and reviewed during the meeting. The group includes the EU’s largest nations – France, Germany, Italy, and Spain – plus Poland and the Netherlands.

A senior EU official told reporters on 5 May that the entry force could be deployed, for example, “if a legitimate government in [an EU] partner country was worried about a takeover or attack by a terrorist group”.