A suspected Islamic State sympathiser carried out a shooting attack in central Vienna, Austria, late on 2 November, leaving at least four people dead. At the time of writing, a further seven people were critically wounded in hospital and police had begun a series of arrests in connection with the attack.

The attack highlighted the ongoing terrorist threat in Europe from Islamist extremists. Despite the destruction of its self-declared ‘caliphate’ in March 2019, the Islamic State remains an imminent danger to Europe by inspiring lone-wolf attackers, while Al-Qaeda’s ‘near-enemy’ stance represents a long-term threat that demands vigilance, according to EU officials and subject-matter experts.

“ISIS [the Islamic State] is a highly resilient organisation that, contrary to what many hope, is unlikely to be disbanded in the near future,” Gilles de Kerchove, the EU’s Counter-Terrorism Coordinator, told a 28 October hearing of the European Parliament’s sub-committee on security and defence attended by Janes . “It has the resources: ISIS collected more than USD100 million during the caliphate, which it has invested [for revenue] in legitimate business concerns in Syria, Iraq, and Turkey.” 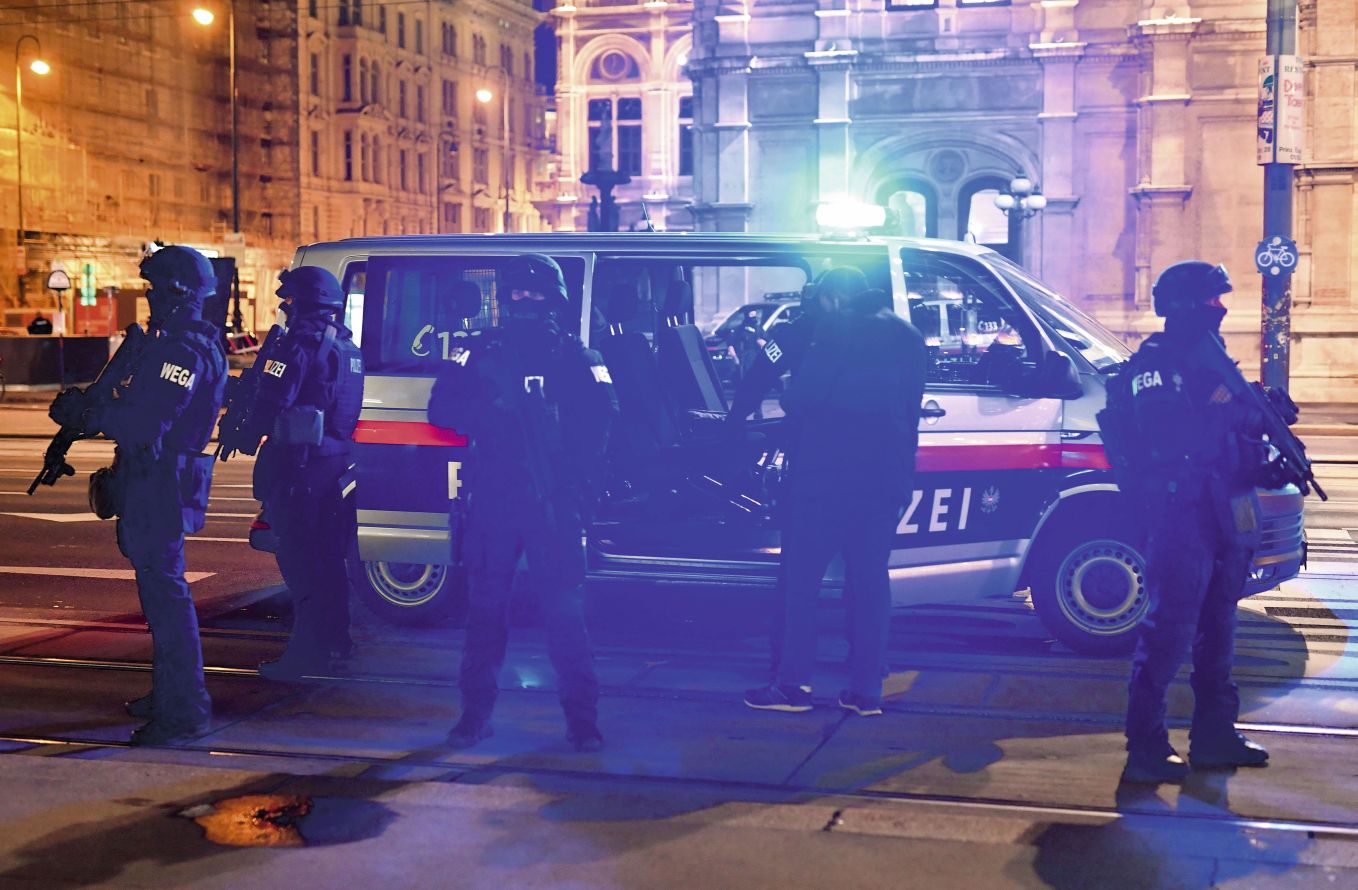 Armed police officers respond to a multiple shooting attack by a suspected Islamist extremist in the central restaurant district of Vienna, Austria, on 2 November. The attack followed a series of Islamist attacks in France. (Joe Klamar/AFP via Getty Images)

The sub-committee took place amid a number of lone-wolf attacks by Islamic State sympathisers across Europe. De Kerchove said that although the quantity of the Islamic State’s propaganda had significantly decreased compared with 2016–18, the group continued to produce a focused stream of deadly propaganda, calling on individuals to attack the West.