EOS Defense Systems is outfitting an Armored Multi-Purpose Vehicle (AMPV) with a prototype of its R600 Missile Carrier (R600MC) and plans to conduct a live-fire demonstration in December at the US Army's Redstone Test Center in Alabama.

Based on the R600S, this medium-calibre cannon remote weapon station (RWS) adds four Javelin missiles, two in each missile pod, to a station that includes a 30x113 mm cannon and a M240B 7.62mm coaxial machine gun.

“This prototype system, in development with the co-operation of the Javelin Joint Venture, aims to provide mechanised elements with the firepower to engage multiple armoured threats,” according to EOS Defense. 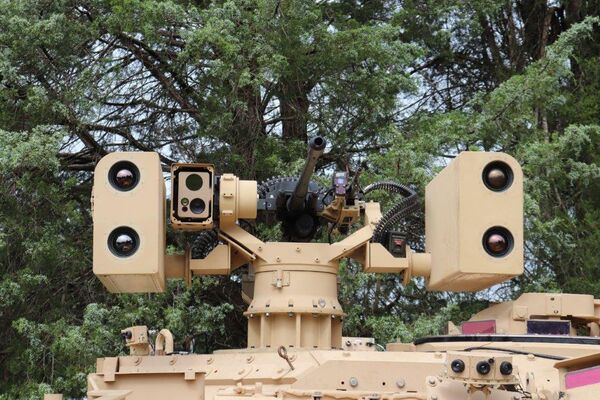 Chad Lemond, the company's US director of business development, recently told Janes that the company is working with the army to obtain three or four end-of-shelf-life Javelin missiles. If all goes as planned, by the end of the year it will use the AMPV outfitted with the R600MC to launch these missiles.

“For test purposes, and first fire, we're going to make sure that there's no real possibility of any safety issues and want to learn all we can; but we are pretty confident that we can put this on a lighter vehicle,” he added.

Development of the R600MC and its upcoming demonstration are not being driven by a current army requirement. Instead, Lemond said the company is interested in showing the army potential options for its M2 Bradley infantry fighting vehicle replacement effort, dubbed the Optionally Manned Fighting Vehicle (OMFV) line, or for a future AMPV ‘missile carrier type' variant.

EOS Defense Systems is outfitting an Armored Multi-Purpose Vehicle (AMPV) with a prototype of its R6...