BAE Systems is remaining tight-lipped over whether it will compete in the US Army’s revamped M2 Bradley Fighting Vehicle replacement competition, but told Janes a newly forged partnership with Elbit Systems could help it outfit such proposals with added capabilities.

On 21 October, the two companies announced that they were teaming up to develop and integrate “advanced operational capabilities” for ground combat vehicles. This partnership could lead to Elbit Systems’ crew automation, vehicle protection, and other defensive and offensive systems being included on BAE Systems existing and future combat vehicles.

“BAE Systems customers, both domestic and international, are looking to modernise their vehicles and enhance their capabilities,” company spokeswoman Amanda Niswonger wrote in a subsequent email. “Forming this partnership will provide more agility in developing solutions that will meet our customers’ requirements and timelines.”

Niswonger did not directly address which legacy and future programmes this partnership is geared towards, but said “we are discussing the OMFV [Optionally Manned Fighting Vehicle] draft RFP [request for proposal] internally and have yet to determine if it is the right programme for BAE Systems to compete for”. 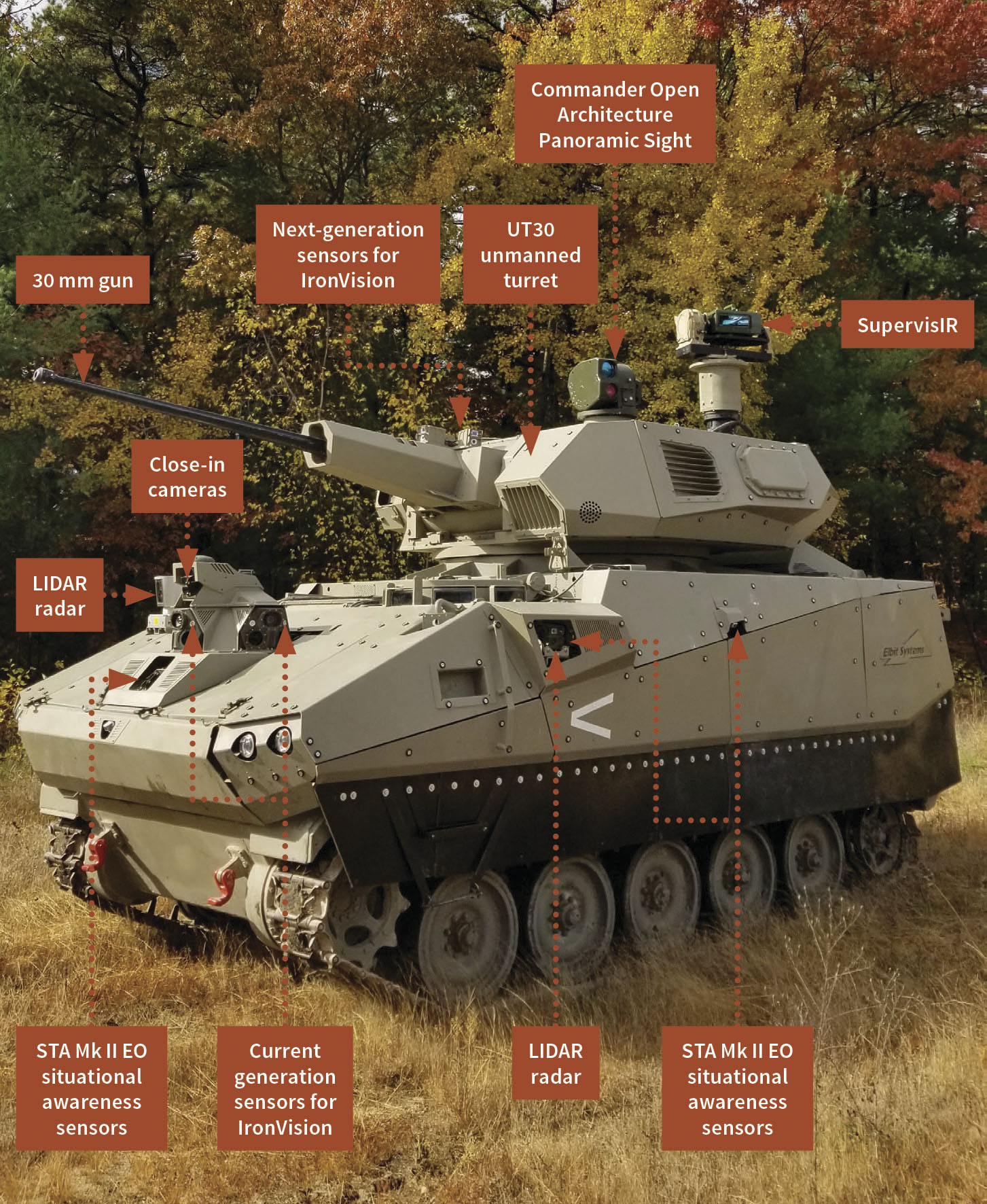 In 2019, Elbit Systems demonstrated a Future Fighting Vehicle Demonstrator that was an M113 armoured personnel carrier (APC) integrated with a host of its technologies designed to reduce manpower on combat vehicles. (Elbit Systems)

BAE Systems dropped out of the army’s previous OMFV prototyping competition in 2019 citing programme “requirements” and the “acquisition schedule”. Since then, the army has scrapped the effort and relaunched a new one with seemingly less stringent requirements, though the service has not yet released the final RFP.