Dynetics believes it gained enough data from a July flight test of its X-61A Gremlins unmanned aerial vehicle (UAV) to next time achieve a closer soft docking to the recovery aircraft than the 38 m distance it reached in July.

The July flight test was the demonstration of a second X-61A air vehicle as well as the Gremlins airborne recovery system. The X-61A, which weighs 544 kg, flew for a total flight time of 2 hours 12 minutes and flew in formation with a Lockheed Martin C-130 Hercules cargo aircraft from as close as 38 m back and 38 m below the aircraft. 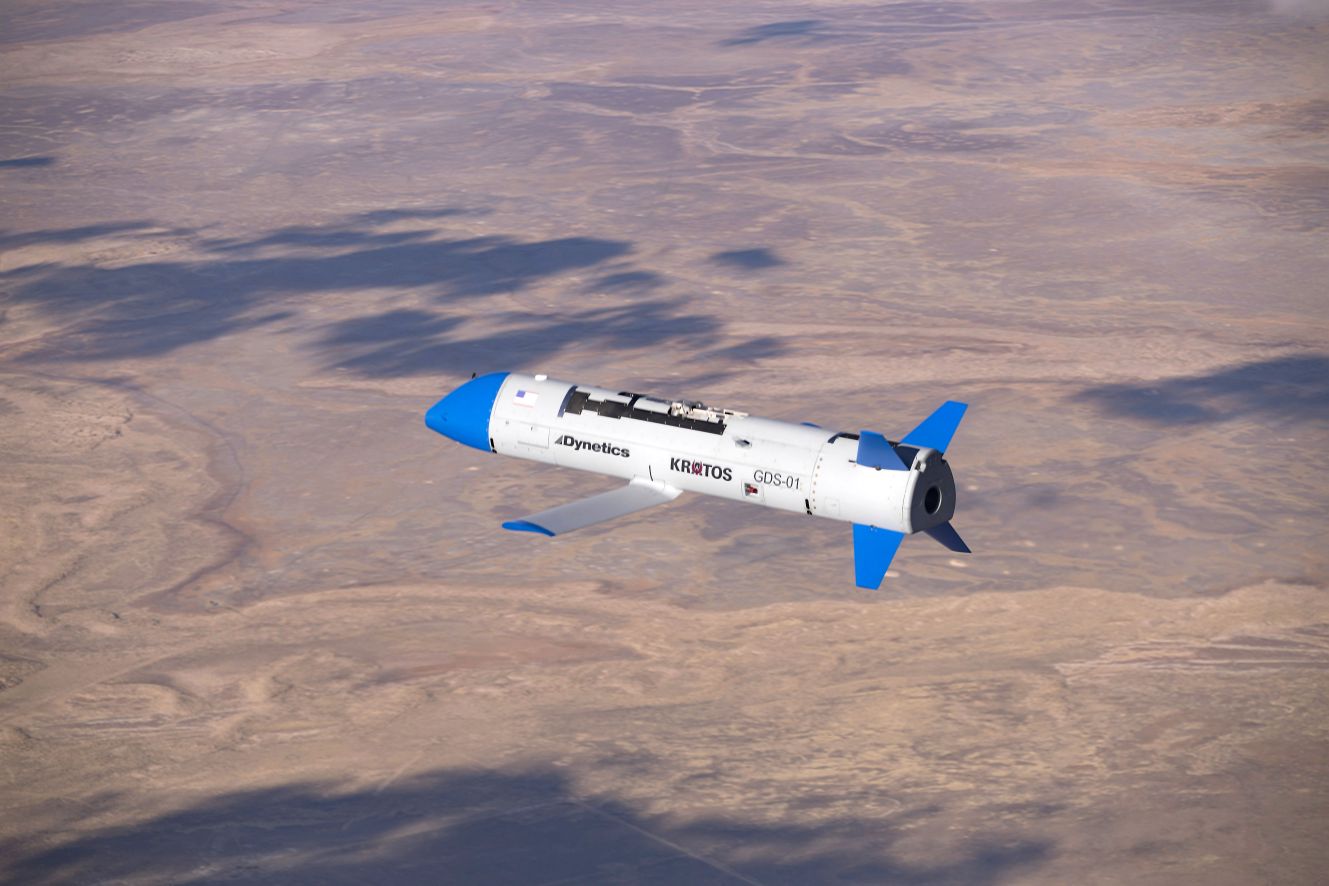 The X-61A demonstrator during a November 2019 flight test at Dugway Proving Ground in Utah. Dynetics wants to soft dock the air vehicle in its next flight test closer than the 38 m from the recovery aircraft it achieved in July. (DARPA)

Tim Keeter, Dynetics Gremlins programme manager, told Janes on 27 August that the company needed centimetre-level accuracy and precision to get the air vehicle’s engagement arm into the 30 cm stabilised towed docking, or capture, device. This process is known as soft docking. Dynetics, Keeter said, advanced the maturity of the system, its confidence in the air vehicle’s behaviour, and downloaded enough data where the company is confident it can close that last 38 m for a closer soft docking event in an upcoming flight test.

The X-61A that flew in July was Gremlins Air Vehicle (GAV) Number 3, the first flight for this air vehicle. Keeter said Dynetics launched this air vehicle the same way it launched the first one: from a pylon on a C-130 operated by International Air Response (IAR), which offers C-130 services. Dynetics used the same C-130 for both launch and recovery.

Fortem Technologies has developed an advancement for its SkyDome airspace intrusion detection suite ...