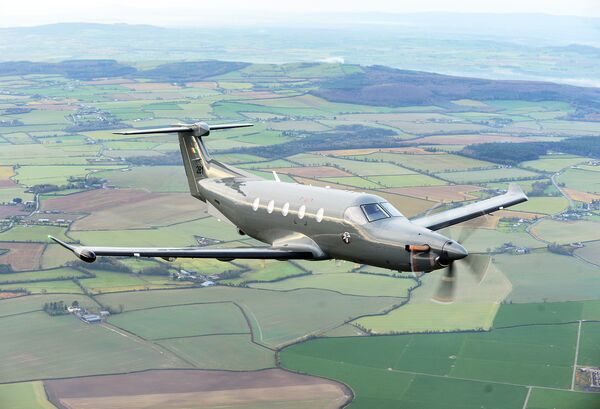 One of the PC-12NGs is configured for a utility role while the remaining three are known as ‘Spectre' platforms and provide an advanced intelligence, surveillance, target acquisition, and reconnaissance (ISTAR) capability to the Defence Forces. Janes understands that these three aircraft are equipped with an electro-optic/infrared (EO/IR) sensor suite controlled by a tactical flight officer from a mission station in the cabin.

The SitaWare HQ and SitaWare Frontline segments both feature on the PC-12NG, with HQ used for overall mission management and Frontline used to interface with ground and naval components, according to Captain Paul Shorte, CIS Officer at the Defence Forces Training Centre.

The C2 software can draw on data from the multimission sensors aboard the ‘Spectre' platforms as well as information from external sources.

“Onboard the PC-12s SitaWare is intended for a range of military and non-military roles,” said Capt Shorte. “For example, the software was recently used to help tackle wildfires, where it was linked to crews operating on the ground.”