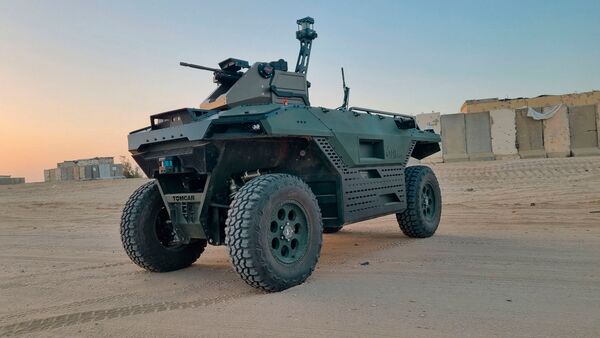 Asked by Janes what the difference is between the the Rex MK II and the original Rex UGV, IAI deputy general manager for robotics and autonomous systems Rani Avni said it was more manoeuverable in different terrain and multipurpose, adding that it had reached a high level of capability in terms of maneuverability, autonomy, and integration of various systems.

The multimission Rex MK II has a payload capacity of up to 1.3 tonnes, compared to 350 kg for the original Rex UGV. The Rex MK II can carry ammunition, medical equipment, water, food, or wounded personnel on stretchers; gather intelligence with an electro-optical sensor and radar payload; be equipped with a remote controlled weapon station armed with a 7.62 mm machine gun or 50-cal heavy machine gun; or support other missions as required.

The Rex MK II can be operated autonomously or by a single operator using wireless communication.