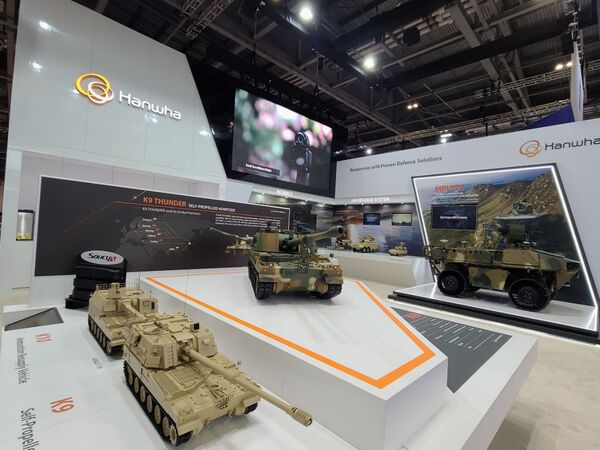 A Hanwha Defence representative told Janes at the 2021 DSEI exhibition, which was held in London from 14 to 17 September, the K9A2 was the first variant that the company was developing and this would be fitted within a fundamentally new turret, a fully automatic ammo loading system, and an improved fire control system to enable automatic gunlaying onto targets assigned by a command-and-control system.

The new variant will also have a higher sustained rate of fire. Yoon Young-ki, principal engineer in the K9A2 development project, said, “The development of a full-automatic ammunition handling and loading system has been very successful to increase rate of fire to 9 from 6 rds/min.”

Automating ammunition handling could also decrease crew requirements, from five personnel on the K9 and K9A1 to about three on the K9A2. The new variant is planned to complete development by 2027, which approximately matches the planned timeline for the UK's Mobile Fires Platform (MFP) programme.

Looking beyond K9A2, the Hanwha Defence representative said the next variant will be called the K9A3 and is aimed at increasing the vehicle's effective range and introducing greater automation. The range increase will be attained by increasing the gun length to 58 cal, while the planned automation upgrades are to make the entire vehicle capable of autonomous operation, including automated driving. This upgrade is slated for the 2030s.

US Secretary of the Navy Carlos Del Toro confirmed on 5 October that he supports and plans to resour...
Request Consultation