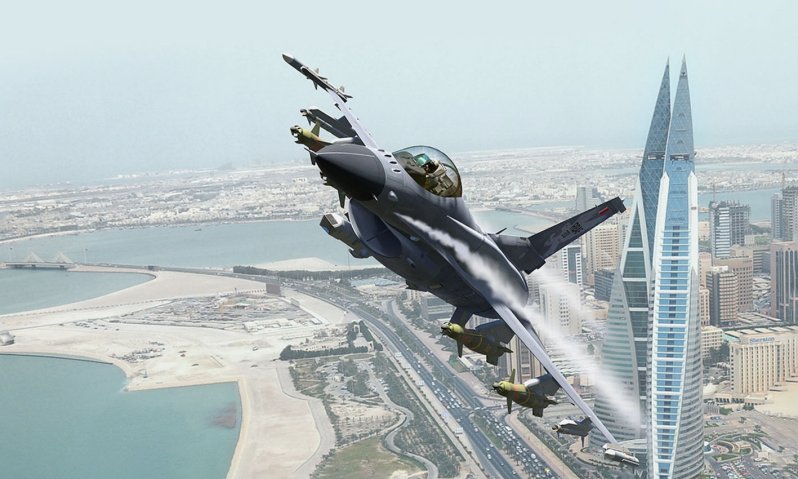 An artist’s illustration of the Lockheed Martin F-16V Block 70 combat aircraft as it will appear in Bahraini service. Slovakia is to acquire 14 such aircraft, including a pair of twin-seat trainers, to be delivered by early 2024. (Lockheed Martin)

The award, which was announced by the DoD on 31 July, came seven months after Slovak Prime Minister Peter Pellegrini announced that his government had signed a EUR1.6 billion (USD1.78 billion) procurement contract for the aircraft, training, and weapons.

According to the DoD contract notification, work will be complete by 31 January 2024.

Although not specified in the DoD announcement, Slovakia is to receive 12 single-seat and two twin-seat aircraft, as well as Raytheon AIM-120C7 Advanced Medium-Range Air-to-Air Missiles (AMRAAM) and AIM-9X Sidewinder air-to-air missiles. To date, no air-to-surface weaponry has been announced.

As previously reported by Jane’s , the Eastern European country will take delivery of the first four aircraft in 2022, two of which will be two-seater variants and the remaining 10 single-seater aircraft in the beginning of 2024.