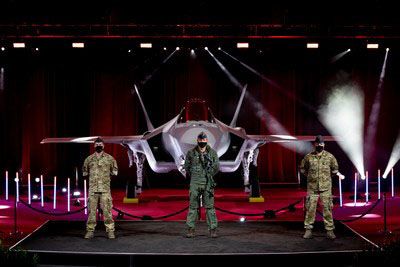 Danish and US officials celebrated the rollout of the first F-35A Lightning II for the Royal Danish Air Force at Lockheed Martin’s production facility in Fort Worth, Texas. (Lockheed Martin)

Aircraft L-001 was formally handed over to officials from the Danish government and Ministry of Defence (MoD) during the event held on 7 April.

”The security situation around the world is increasingly complex,” Trine Bramsen, Danish Minister of Defence, said. “Being able to defend yourself and your allies is crucial. For peace. For stability. For freedom and democracy. With the new F-35 fighter jets we will increase our ability to protect Denmark. Our region. And wherever necessary as we have done before, side by side with the US and other allies. The F-35s will be at the absolute centre for the Danish defence in the coming decades.”

Following its delivery to the Royal Danish Air Force (RDAF), the aircraft will be delivered to Luke Air Force Base, Arizona, later this month where Danish pilots and maintainers will begin training.

The milestone came weeks after L-001 made its maiden flight on 8 March and about 10 months after Denmark began preparations for receiving the first of the RDAF’s 27 contracted F-35As. Flight operations are due to commence at Skveststrup Flyvestation in Southern Jutland in 2023, with deliveries running through to 2026.

The RDAF’s F-35 livery, which, in common with other international operators of the ‘stealth’ fighter, is based on a low-visibility grey colour scheme, features colour (although muted) roundels and the Dannebrog national flag.