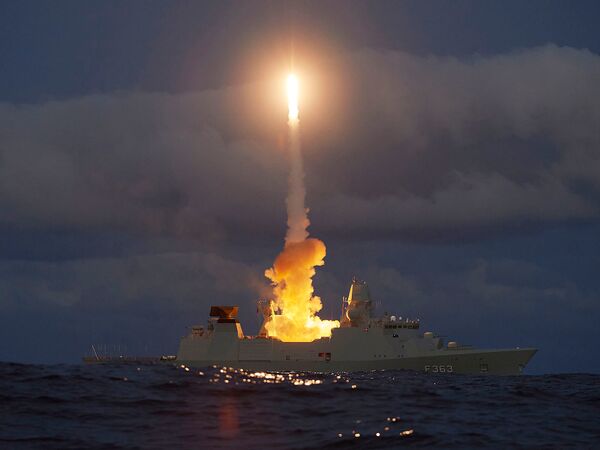 The First-of-Class (FOC) firing, undertaken on the evening of 4 May from HDMS Niels Juel on the Andøya test range off Norway, was designed to prove the integration of the SM-2 Block IIIA missile with ship systems and the Mk 41 vertical launcher system (VLS).

However, the planned procurement of SM-2 Block IIIA missile rounds was deferred in 2014 because of changes in budget priorities, leaving the ships with only a local area defence capability – using the RIM-162 Evolved SeaSparrow Missile (ESSM) – for their first decade of service. It was only with the 2018–23 Defence Agreement that funding provision was made for the procurement of a stock of SM-2 Block IIIA missiles.

Denmark's purchase, totalling missiles, was wrapped up in a larger SM-2 buy for Foreign Military Sales (FMS) customers placed with Raytheon by the US Navy in December 2021. Denmark has ordered 50 SM-2 Block IIIA all-up-rounds under the FMS case.