Russian state-owned defence company Almaz-Antey has expanded its family of Club cruise missiles with an upgraded variant of the Club-T system, a company spokesperson told Janes at the 5–9 February Defexpo 2020 defence show in Lucknow, northern India. 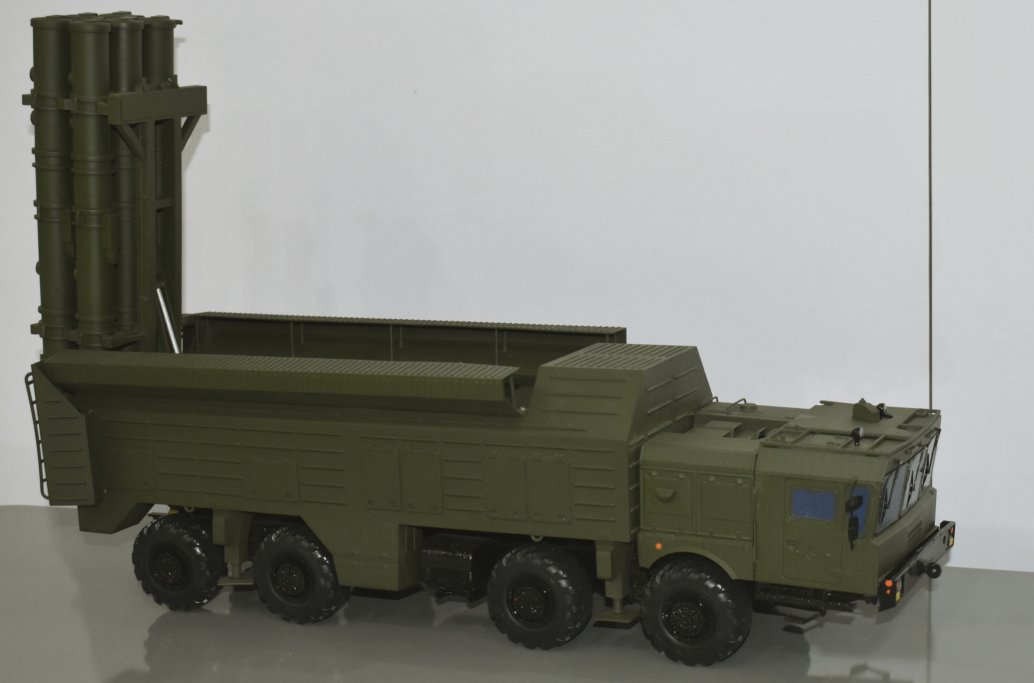 A scale model of the Almaz-Antey Club-T missile system was displayed at the 5–9 February Defexpo exhibition in Lucknow, northern India. (Dmitry Fediushko)

The Club-T system, which made its debut at the GDA [Gulf Defense & Aerospace] 2017 defence show in Kuwait, now incorporates not only the 3M-14E1 land-attack missile but also the 3M-54E2 anti-ship missile,” said the spokesperson, adding that the Club family – which is the export-oriented variant of the Kalibr missile family – now comprises four members: the submarine-launched Club-S; the ship-launched Club-N; the air-launched Club-A; and the multipurpose Club-T missile system, a scale model of which was shown at Defexpo carried on a MZKT 8×8 transporter-erector-launcher (TEL) vehicle.

The Club-T’s missiles, each of which weighs 1,700 kg and is armed with a 450 kg warhead, have a flight speed of about 240 m/s. According to the manufacturer, the system has a maximum circular error probable of 50 m in land-attack mode.

The upgraded Club-T system features six ready-to-use missiles, and all the subsystems required for a launch are fitted within the TEL. “The Club-T is ‘a system of systems’ – all that is needed for combat use is a mounted onto a single carrier,” said the spokesperson, pointing out that all members of the Club missile family share a common launcher and fire-control system.