The two teams competing for the Luftwaffe’s future Schwerer Transporthubschrauber (Heavy Transport Helicopter, STH) requirement still plan to offer their helicopters after the Bundeswehr cancelled the tender. The German Ministry of Defence (MoD) announced in a press release on 29 September that the tender was cancelled because it “would be unlikely to be realised within the allocated budget while meeting all requirements”. 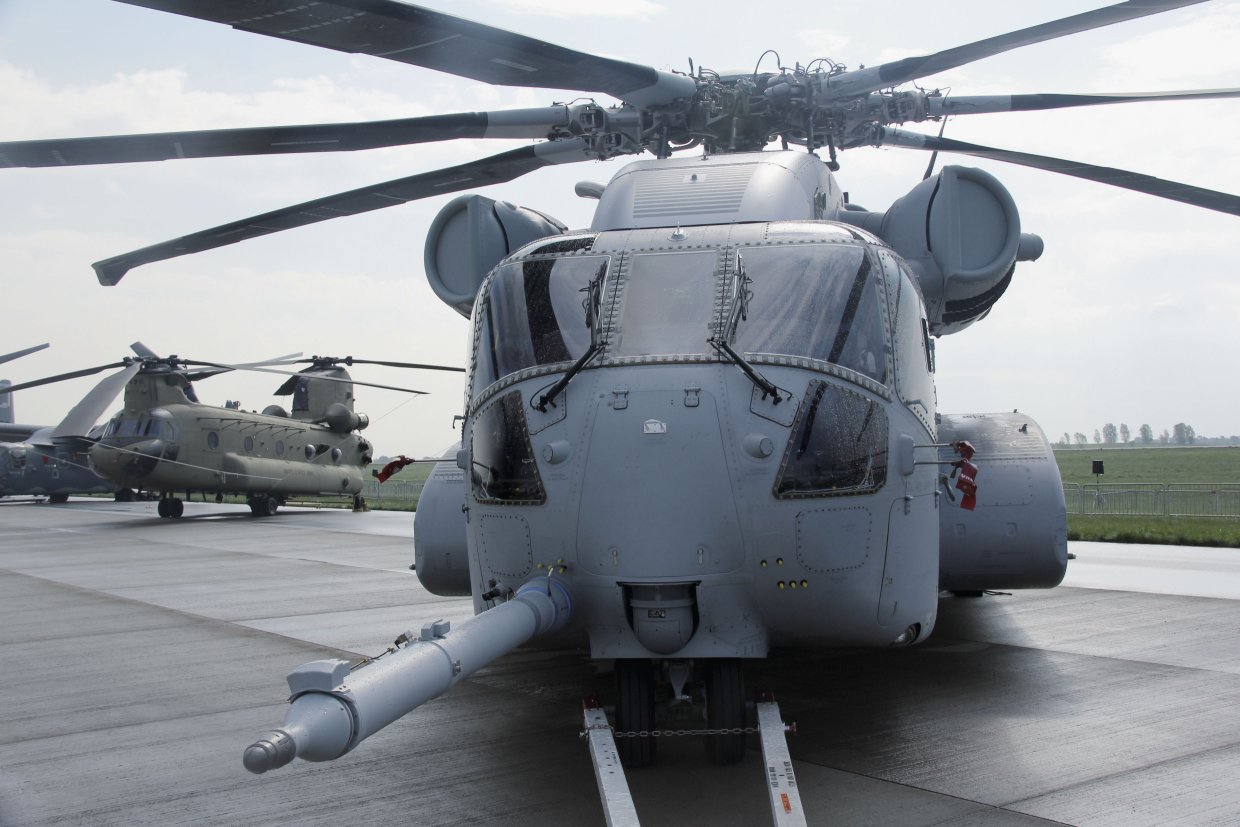 The CH-53K (foreground) and H-47 (background) at the ILA Berlin airshow in April 2018. (Janes/Gareth Jennings)

The Bundestag, the German parliament, committed EUR5.6 billion (USD6.6 billion) to the STH programme in November 2018, but Janes understands that the two competing proposals – the Boeing H-47 and Sikorsky CH-53K – would have cost about EUR10 billion. Neither company officially confirmed this to Janes, with Rheinmetall, which is the chief partner in the Sikorsky team offering the CH-53K, on 2 October citing public procurement law and Boeing saying on 1 October that it “cannot comment on live commercial matters and ongoing negotiations with the BAAINBw [Bundesamt für Ausrüstung, Informationstechnik und Nutzung der Bundeswehr, Germany’s Federal Office of Bundeswehr Equipment, Information Technology and In-Service Support]”.

In its press release, the German MoD said the STH requirement would be re-examined but that a contract would not be ready in 2021, although the aim is still to replace the CH-53G, the service life of which ends in 2030, “in a timely manner”. The ministry added, ”the STH project is of very high priority for the Bundeswehr, as air transport is of paramount importance for the mobility and responsiveness of the armed forces, as well as for humanitarian and support services. The project will therefore be continued with changed specifications”.

Noting this, Boeing stated in an email to Janes

The budget committee of the Bundestag, the German parliament, has approved funding for the German Na...

The Lockheed Martin Sikorsky-Rheinmetall and Boeing teams submitted their proposals, the CH-53K and ...