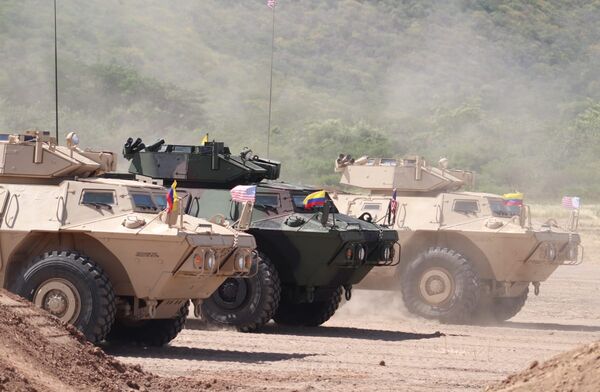 The Colombian Army received its first 20 Textron M1117 ASVs during a 2 December ceremony in the Department of La Guajira. (Roberto José García Hernández)

The service is slated to receive 145 vehicles from the United States under the Excess Defense Articles (EDA) programme. This first lot of vehicles initially arrived in the country on 1 October before undergoing deep maintenance checks. The ASVs were officially handed over to the army during a ceremony held in the Buenavista Military Fort located in the Department of La Guajira.

Colombia's Minister of National Defence, Diego Molano, said that this first batch of M1117 vehicles will be distributed to units deployed along the border with Venezuela to bolster security.

“These vehicles will stop the illegal activity that is taking place today on the border with acts of terrorism, as well as explosives, weapons, and ammunition trafficking,” he said. Molano also stated that the arrival of the M1117s expanded the capabilities of the Colombian cavalry units that “barely had 23% of the armoured equipment required to perform the task to protect the homeland”.

Top army commander General Eduardo Zapateiro noted that these vehicles will be headed to Arauca and Norte de Santander and used for “guarding our territory”.

The surplus M1117 ASVs will join the army's existing fleet of 67 stretched M1117 armoured personnel carrier (APC) configuration. This M1117 ASV hosts a turret with a 12.7 mm machine gun and a 40 mm grenade launcher. The United States is anticipated to deliver the remaining 125 vehicles in 2022, according to Molano.