Two versions are available: the PFM LG (Long) and PFM XP (Expeditionary), Xavier Montazel, director of the company’s Defense & Maritime Business Unit, told Janes on 29 March. The first series of the PFM XP is scheduled to be finalised in June or July, whilea PFM LG is to be built this year. 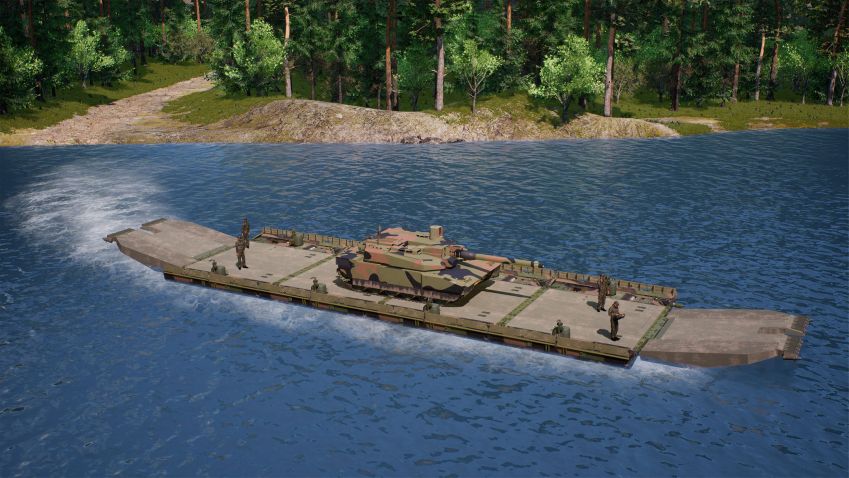 The PFM NG provides wet-gap crossing capabilities either as a floating bridge or as a multibay raft for tracked vehicles up to Military Load Classification 90 (MLC90) and wheeled vehicles up to MLC100, including main battle tanks (MBTs) and existing 155 mm self-propelled howitzers.

The PFM LG consists of 6×6 trucks with a 3-axle semi-trailer mounting a bridge launching and retrieving system for the two 13.6 m-long multipurpose ramps and several 10 × 10 m interior bays.

The PFM XP is comprised of 8×8 logistics trucks mounting a load handling system (LHS) to transport, launch, and retrieve two 7.2m-long hydraulic modular ramps with a command-and-control kit, and the interior bays each measuring 6.75 × 10 m.

Each interior bay is equipped with two Mercury Marine’s 175 hp diesel outboard motors offering 360° rotation capacity. Several outboards can be controlled by a single Bertin Technologies' manportable remote control station. Both ramp types can be fitted on either bridge configuration. The interior modules, each weighing about 10 tonnes, are equipped with an automatic pre-locking system.