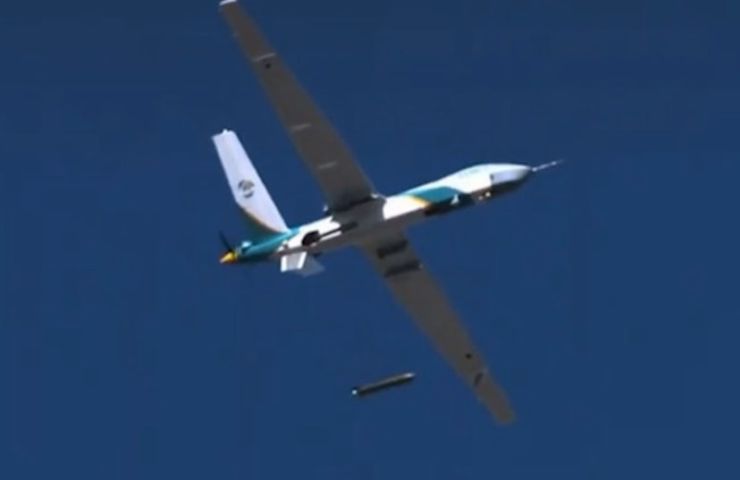 Released on 20 November by Weihutang, a programme about military affairs from state broadcaster China Central Television (CCTV), the footage shows a munition-shaped canister – which CCTV says was carrying “supplies” – being loaded onto one of the UAV’s underwing hardpoints.

Once in flight the multirole UAV is shown dropping the canister, which descends to a designated area via parachute and is then recovered.

Weihutang noted that the video footage was originally released by the UAV’s manufacturer, the Aviation Industry Corporation of China (AVIC), but provided no further details, including when and where the images were taken.

The demonstration is yet another indication of the PLA’s drive to boost the role played by UAVs in logistics support, as well as to enhance the military’s capability to supply frontline troops as quickly as possible in areas that are either inaccessible by road or where the provision of supplies by road would be put at high risk by enemy forces.