The Z-20 tactical helicopter is the first Chinese-produced rotorcraft to incorporate fly-by-wire flight controls, according to a 7 October report in the state-owned Global Times newspaper, citing an interview with Z-20 pilot Song Xinning broadcast by state television CCTV. 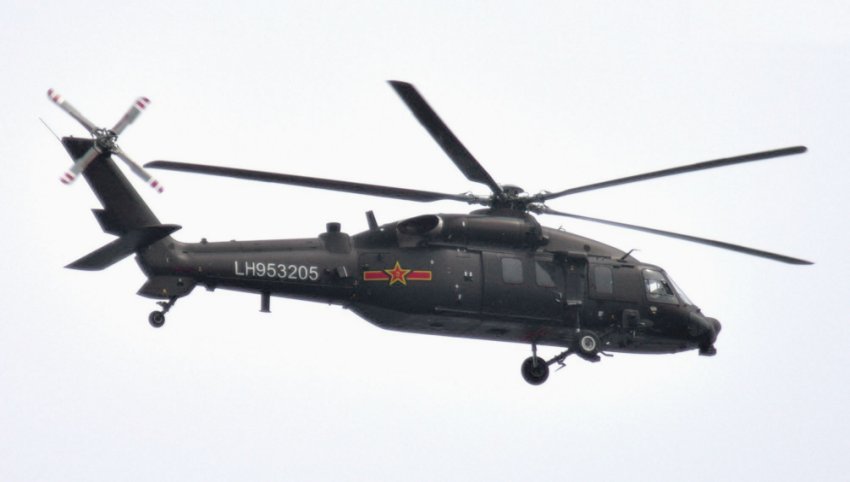 The Z-20 is the first Chinese-produced helicopter to use fly-by-wire flight controls, according to Chinese state media. (Via haohanfw.com)

The Z-20, which made its official public debut in a fly-past during the People’s Republic of China’s National Day Parade in Beijing on 1 October, is assessed to have entered service with the PLA Ground Force (PLAGF) by May 2019. It is a medium-lift helicopter in the 10-tonne class that is very similar in appearance to the Sikorsky UH-60 Black Hawk.

Although fly-by-wire systems are widely used in fixed-wing aircraft, they have not been widely adopted for rotorcraft. That said, the first fly-by-wire production helicopter was the NHIndustries NH90, which first entered service in 2006 with the German Army, but subsequently no other US or European helicopters in large-scale production have taken this route.

A 2008 upgrade programme for the Black Hawk included the adoption of fly-by-wire but this was subsequently dropped to reduce cost and implementation timescales. However, the technology has resurfaced, replacing the mechanical flight control systems in an early production Black Hawk airframe that is now being used for the Optionally Piloted Vehicle (OPV) development programme of the US Defense Advanced Research Projects Agency (DARPA).

Initial piloted test flights took place in May 2019 and the programme anticipates fully autonomous flights, without pilots, in 2020.

The Sikorsky CH-53K King Stallion heavy-lift helicopter, which is the replacement for the CH-53E Super Stallion used by the US Marine Corps, will incorporate fly-by-wire.

The Z-20 tactical helicopter is the first Chinese-produced rotorcraft to incorporate fly-by-wire fli...