The company also announced that the turbojet-powered WJ-700 – now officially known as the Lieying (Falcon) “high-altitude, high-speed integrated surveillance and strike”, or armed reconnaissance UAV – had performed its maiden flight on the same day. 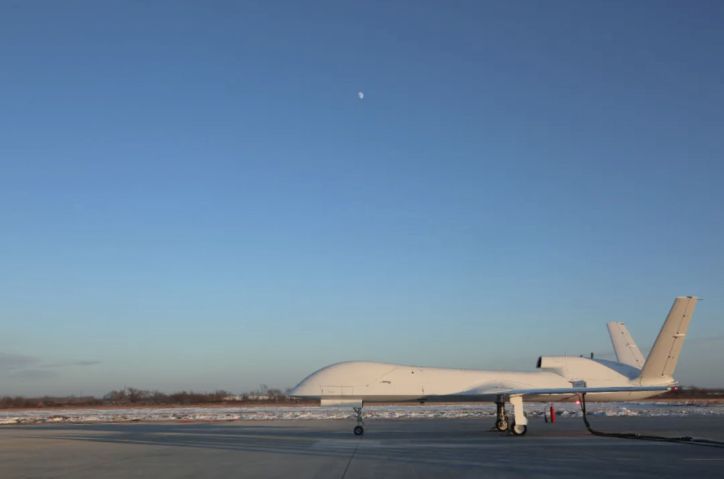 Janes earlier reported that the Falcon is being developed and marketed by Hiwing, although the company’s present air vehicle product portfolio can be traced to the UAV Technology Institute attached to CASIC’s Third Academy. The institute originally specialised in the research and development (R&D) and production of cruise missiles but has since expanded its portfolio to include UAVs.

Specifications released by Hiwing at the public unveiling of the Falcon at Airshow China 2018 – then a large-scale concept model – stated that the air vehicle has a maximum take-off weight (MTOW) of 3,500 kg and a stated endurance of up to 20 hours. Unlike the vehicle-launched, cruise missile-like form factor of the company’s earlier WJ-500, WJ-600, and WJ-600A/D armed reconnaissance UAVs, the WJ-700 adopts a more conventional monoplane design with an aerodynamically streamlined fuselage measuring about 9–10 m long that supports a retractable tricycle undercarriage (with the main landing gear retracting inward and the nosewheel rearward).