Wargames (兵棋推演, bīngqí tuīyǎn) have experienced a renaissance in China, with computer wargames in particular becoming popular among university students, the People's Liberation Army (PLA), think-tanks, and scientific research institutions. Driven by the government's strategy of military-civil fusion (MCF) and to enhance national defence education among the public, a series of yearly national wargame competitions has been created. Moreover, wargames have also become a useful platform to improve the PLA's professional military education (PME), to experiment and develop new technologies such as artificial intelligence (AI) and new theoretical concepts, and to recruit young graduates into the PLA and other related institutions.

Wargames are by no means ‘new' in China, and have a long history dating back thousands of years. The fifth national wargame competition, to be held throughout 2021, was named after the philosopher Mozi, who saved the state of Song during the Warring State period (475–221 BC) through the use of wargames, according to a 17 February 2015 article in War on the Rocks. Wargames may also have been used effectively by the PLA during the Korean War (1950–53), but ‘disappeared' shortly afterwards during the Cultural Revolution of 1966–76 when Chairman of the Communist Party of China (CPC) Mao Zedong grew distrustful of a PLA that had become too professional to be effectively controlled and consequently terminated all PME efforts.

Wargames resumed in China after the end of the Cultural Revolution and Mao's death. Shortly beforehand, according to a report on wargaming by the US Naval War College (Newport Papers 2019), China used US computerised wargames as early as 1975 and set a trend that would last over subsequent decades. 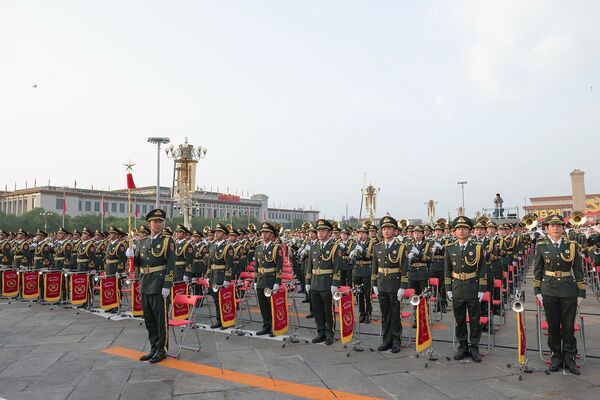 Wargames (兵棋推演, bīngqí tuīyǎn) have experienced a renaissance in China, with computer wargames in pa...