A full-scale, production-ready example of the USV was recently shown docked at an undisclosed facility. Developed by JARI and CSIC’s 702 Research Institute – China Ship Scientific Research Centre (CSRRC) – the platform has been marketed as the JARI Multipurpose Unmanned Combat Boat at domestic and international defence exhibitions for several years. 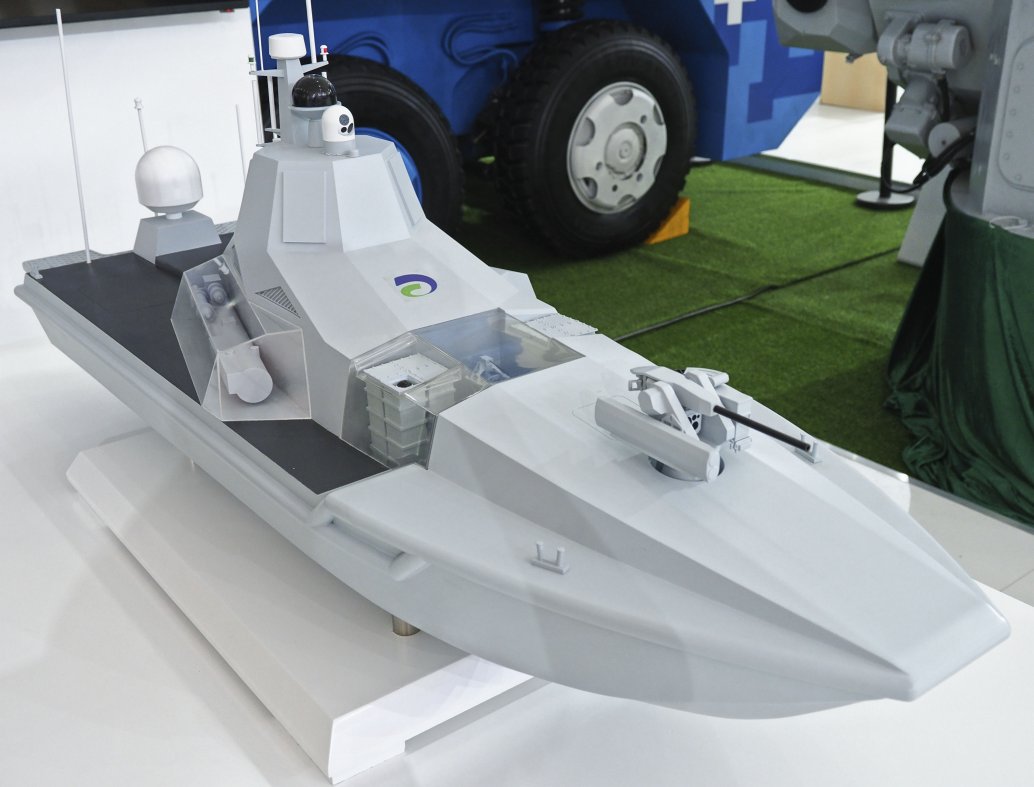 Both research institutes are based in the eastern Chinese province of Jiangsu with JARI located in the north-eastern Lianyugang city, while CSSRC is positioned in the southern city of Wuxi.

CSIC has already conducted what it claims to be extensive laboratory and at-sea trials of the JARI USV design and its associated equipment and software prior to the latest launch event. It had previously showcased a technology demonstrator at the Airshow China 2018 exhibition in Zhuhai.

According to company specifications, the JARI USV displaces approximately 20 tonnes, is 15 m long, 4.8 m wide, and has a 1.8 m draft. A waterjet propulsion system enables it to achieve a claimed sprint speed and maximum operating range of 42 kt and 500 n miles, respectively. 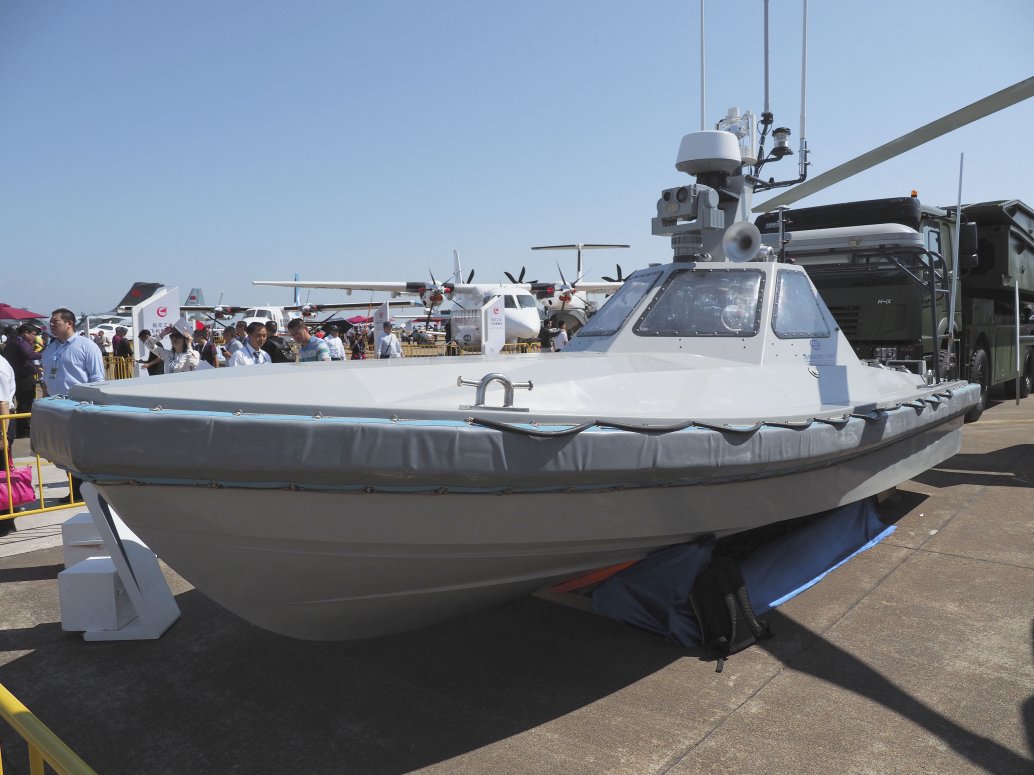