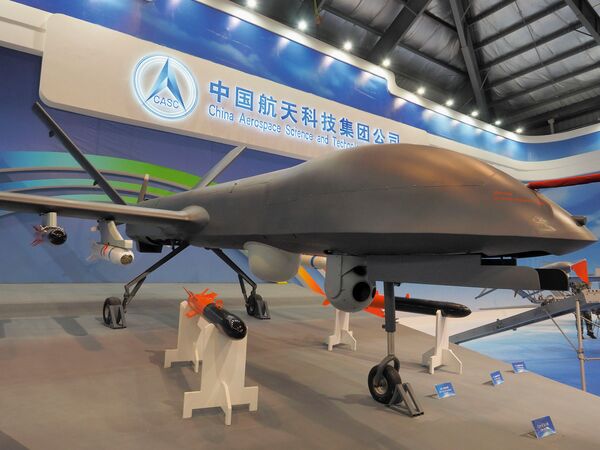 CASC said it has finally test-flown its CH-4 UAV with a heavy-fuel engine, after four years of development. (IHS/Kelvin Wong)

The CH-4 is manufactured by the China Aerospace Science and Technology Corporation (CASC).

This “domestic engine enables the updated version of the CH-4 drone to fly at higher altitudes for longer endurance and with heavier loads”, CASC told the state-owned newspaper, Global Times, on 17 August.

The UAV with the new engine has reportedly completed its maiden flight. During the course of this flight, the UAV was assessed for its ability to conduct autonomous take-off and landing, adherence to waypoint navigation, full-load transportation, and performance under maximum flight altitudes and endurance, the newspaper said.

According to Shi Wen, chief engineer of the CH-series UAVs, the “heavy-fuel engine used in the upgraded CH-4 drone was domestically made from development to production”, Global Times reported. CASC first announced its intention to improve the performance of the medium-altitude, long-endurance (MALE) UAV in 2018.

At that time, a spokesperson of the China Academy of Aerospace Aerodynamics (CAAA), a subsidiary of CASC, said that the aircraft's gasoline-burning piston engine will be replaced with a domestically developed HFE that burns kerosene.

CASC has not commented on the performance of the UAV with the new engine. However, its previous goal was to attain an altitude of 9,000 m, according to a WeChat public account operated by Ordnance Industry Science Technology. This is a Xi'an-based periodical on national defence industries and technologies.