China is capable of executing “any plausible nuclear employment strategy” within the Indo-Pacific region and will soon be able to do so at intercontinental ranges, US Navy Admiral Charles A Richard, the commander of the US Strategic Command (USSTRATCOM), said in a written statement to the United States Senate Committee on Armed Services on 20 April.

“They [China] are no longer a ‘lesser included case’ of the pacing nuclear threat: Russia,” said the admiral, adding that such capabilities “bring into question” China’s stated ‘No First Use’ policy declaration and implied minimum deterrent strategy.

The commander said that while China’s nuclear stockpile is smaller than those fielded by Russia and the United States, it is undergoing an “unprecedented” expansion.

“Behind a complete lack of transparency, China is rapidly improving its strategic nuclear capability and capacity, with rapid growth in road mobile production, doubling the number of launchers in some ICBM [intercontinental ballistic missile] brigades, deployment of solid fuel ... ICBM silos on a potentially large scale, an added air leg; and are well ahead of the pace necessary to double their nuclear stockpile by the end of the decade,” he said.

The admiral said that in the “very near term” China will possess a credible nuclear triad, supported by its growing stockpile and weapon systems capable of multiple independently targetable re-entry vehicles (MIRVs).

“The PLA [People’s Liberation Army] is developing and fielding precision-strike nuclear delivery systems such as the dual-use DF-26 intermediate-range ballistic missile (IRBM) and survivable road-mobile ICBMs with the CSS-10 mod 2 (DF-31A)-class missile capable of striking locations within the continental United States,” noted Adm Richard, adding that China has stood up “at least two brigades” equipped with the CSS-20 (DF-41) road-mobile ICBM system which became operational in 2020. 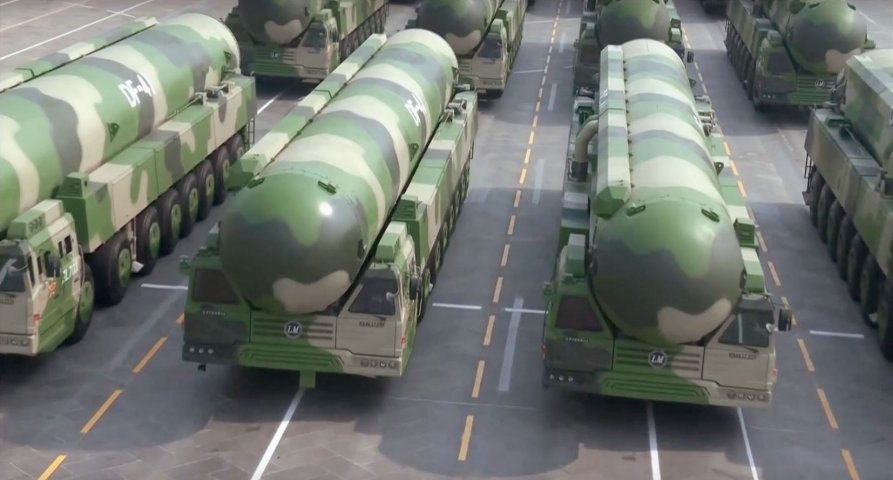 China is capable of executing “any plausible nuclear employment strategy” within the Indo-Pacific re...